Homeowner’s associations can be a pain, especially if you are looking to update your home or condo. You may be restricted as to what kinds of changes you can make to your house, including fences, lanscaping, paint colors, and more.

But can HOAs prevent you from going solar? 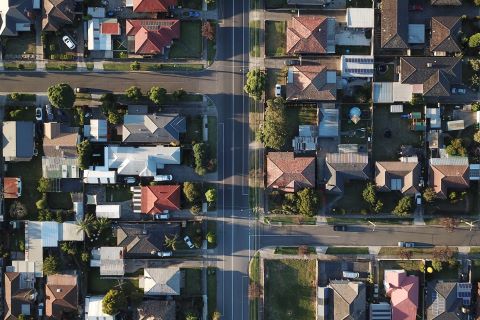 Many states in the US say no, but some HOAs are still holding on to their outdated rules, exploiting loopholes to get their way. Some HOAs may prohibit placing your solar panels where they are overly visibile. Others may still be able to prevent you from installing solar entirely, if you live in a state with no laws against it.

With over 351,000 homeowners associations in the US, representing over 40 million households, or 53% of occupied homes, many homeowners will need to grapple with HOA guidelines in order to go solar.

If your home is part of an HOA, be sure to check on your state laws and HOA rules before installing a solar system.

About half of states in the U.S. now have laws that protect your right to install solar panels on your home. With more and more states hoping to reach 100% clean, renewable energy goals by 2050, adding solar to your roof is just one more step towards a zero-carbon emissions future.

So why would they want to discourage you from getting solar panels? Everybody wins.

However, sometimes state rules can be vague and allow room for particularly nitpicky HOAs to fight back. And many states still have no rules at all. This is changing as more and more states support solar. But there is still a ways to go.

A Difficult Case in Indiana

One recent news story is a perfect example of a tussel with an HOA over unclear rules about solar panel installations.

In Indiana, a man paid $28,000 to put solar panels on his house. While his HOA allows for panels, the language regarding the size and placement of the panels is vague.

So when Joey Myles tried to place his panels on the south side of his home, where they would catch the most sun and produce more energy, the HOA fought back, arguing that the panels must be out of sight from the street.

The fight has raged on, with the local Indianopolis homeowner attempting to get the state rules changed for the last three years. The argument went so far as to pass bill SB 207 in the Senate in 2018, to change the Indiana law and prevent HOAs from creating rules or difficult language restricting placement or use of solar panels on homes. However, the bill died in the House.

A new bill is currently being considered by the Senate, HB 1331. Until then, the fight continues.

Sounds like a real nightmare for a guy who just wanted to save on his energy bills!

If you live in a neighborhood governed by a homeowner’s association and want to go solar, it’s important to know your rights beforehand. Don’t let the HOA push you around if there are state laws protecting you.

There are two kinds of state laws that protect homeowners’ rights to go solar:

Solar access laws make sure HOAs cannot prohibit members from installing solar. However, as the above news story suggests, they may allow the HOA to place restrictions, such as not having panels visible from the street or requiring prior approval for the design of the array.

You may still need to request permission to install panels on your home. Be sure to check your individual state laws to see what is or isn’t allowed in your state. Then check your homeowner’s association rules to see if there is an approval process or other applicable rules.

These are voluntary agreements you can enter into with governing bodies like HOAs. You can negotiate an agreement with your neighbors or HOA to make sure your solar system gets enough light to be productive.

Easements may cover things like: requiring neighbors to keep trees trimmed or restricting them from building additions that may cast shade on your solar system.

Some states also protect your right to negotiate solar easements with your neighbors and HOA. So be sure to check and see what your state covers.

To check HOA Laws in your state, you can visit https://www.hopb.co/hoa-state-laws/.

According to the Community Associations Institute, here are the states that have laws in place:

States that prohibit restrictions preventing the installation of solar panels and equipment:

States with laws that protect easements without having an express solar access rights law:

More state solar access right laws have exceptions for special situations where solar panel installation may be denied or limited.

Historic districts, for instance, can refuse or retrict solar installations to not be visible to the public to protect the historical character of the neighborhood. Read more about that here.

While there is not yet federal legislation preventing HOAs from denying your solar panel installation, laws have been proposed in the past, and its likely we may see a law in the future.

HR 2454 - The American Clean Energy and Security Act was one proposed law that would have made it illegal for HOAs to restrict solar panel installation. The law did not pass, but again, times are a-changing, so be sure to keep an eye out and vote for measures that support solar.

With increasing support for solar as a clean energy measure, and awareness of climate change, it’s likely that solar will see more legal support in the future, from states and federal government.

Hopefully this growing trend towards a desire for green living will sway HOAs to support more solar in the future as well.

Have you tried to install solar under an HOA? Let us know how it went in the comments!

Once you have researched the rules in your area, get easy price quotes from installers with the HahaSmart Price Checker.

Find the best deals in your state with current Solar Incentives.