Solarpunk, Cli-Fi: Eco-Fiction Genres to Get You Excited About the Future of Solar

Imagining what the future of solar might look like can be difficult. It's easy to slip into a negative, dystopian mindset.

Just turn on the news, and you'll know exactly what I am talking about: depressing stories of violence, pollution, economic crisis, and social injustice abound. Each new climate change report paints an increasingly dire picture for our world. Movies and books show us destroying our planet beyond recovery, with characters barely surviving in apocalyptic despair.

How can we ever hope to turn things around and find the light?

Two new genres are leading the positive movement to change: Solarpunk imagines a positive future with solar energy at its center; cli-fi, or climate fiction, focuses on hopeful visions for a sustainable, green world.

So update your reading list and let's make a positive change today. 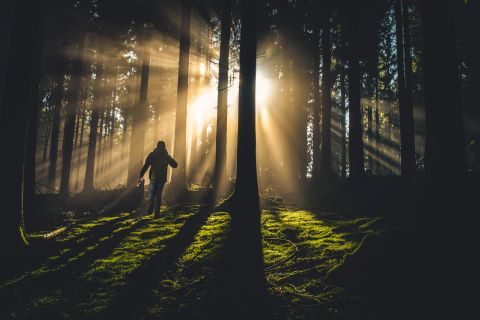 Science fiction and dystopian literature may have been the backbone of modern day invention and science, but today, a couple of new genres are taking over - and they are much more hopeful for our future.

Solarpunk, an optimistic, environmentally friendly spin on steampunk, is making waves as a new movement in speculative fiction, art, fashion, and activism. The movement seeks to envision a sustainable future, imagining what a better world would look like and how to get there. In the solarpunk aesthetic, solar energy is a symbol of hope for the future and independence from oppressive economic powers.

However, the real solarpunk movement didn't really take off until 2017, with new publications, publisher support and increased interest from readers. It also spurred a cultural movement online, with followers posting on Tumblr, Reddit, Discord, blogs, Facebook groups, Pinterest, and more, making solarpunk much more than just a literary genre. It has evolved into an aesthetic and set of beliefs held and practiced by a thriving community.

The aesthetic of solarpunk is bright and green, with solar panels, windmills and leafy high-tech societies making a splash on the front covers. 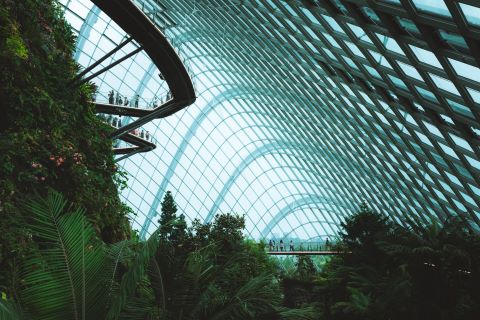 Solar power takes center stage in the solarpunk movement as the prime source of universally accessible energy, reducing dependence on non-renewable resources like gas, coal, and fossil fuels, as well as signalling independence from exploitative governments and companies.

Solarpunk is a somewhat promiscuous adjective, used to describe a vision of the future that we actually want. That means a future where high technology is put in service of humans and the environment. Which is to say, a solarpunk future is one that is “sustainable” at a not-just-for-rich-people level, a human-friendly future that can scale.

Members of the solarpunk community don't just envision a better future - they make choices that help to make it a reality, from recycling to adopting solar for themselves. And they hope that others will read and be inspired to make a change as well.

Cli-Fi, or Climate Fiction, is very similar to solarpunk, centered around climate change and finding positive scientific solutions to our greatest environmental challenges. Coined by journalist Dan Bloom in 2008, the genre takes a stab at portraying more hopeful visions of humanity’s future than the typical doom and gloom of dystopian, apocalyptic sci-fi.

Wall-E and Interstellar are great examples of these genres.

In Wall-E, people (and adorable solar-powered robots) find a way to make a positive future on a trash-covered Earth; and the Interstellar crew finds a way through a worm-hole to a new, sustainable home. Both leave you with a gooey, warm feeling inside, and a hope for a better relationship between humans and their environment.

That is what these genres are going for: science fiction that paints a happy picture for our future, bright and green and full of life. Even if we still have a long way to go to achieve it. 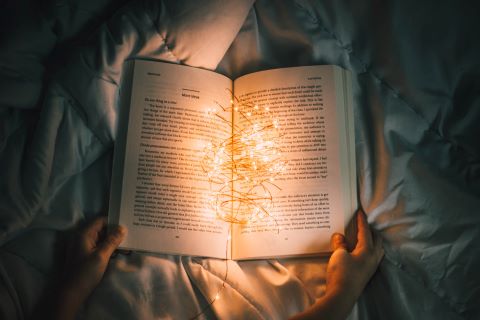 Want to join the solarpunk movement?

Here’s a summer reading list to get you started:

"Solarpunk: Ecological and Fantastical Stories in a Sustainable World" Edited by Gerson Lodi-Ribeiro

“The Dispossessed” by Ursula K. LeGuin

“Parable of the Sower” by Octavia Butler

“The Weight of Light” Anthology by Arizona State University

“The Shock Doctrine” by Naomi Klein

“The Diversity of Life” by E.O. Wilson

Not a big reader?

Check out the audio and video adaptations of The Verge’s “Better Worlds” visionary fiction anthology for a sampling of eco-speculative stories.

Have you read any good eco-fiction lately? Let us know in the comments!

While you read, let solar energy power your lights - get prices on solar panel installation for your home today with the HahaSmart Price Checker.

Envision a better future for your home - use HahaSmart's DIY Design Tool to design your own custom solar array.