Should You Buy Used Solar Panels?

We all love a good deal. Thrift shops can offer some of the best discounts, plus, you’re saving the environment by reusing old items instead of trashing them.

But is it advisable to reuse old solar panels? 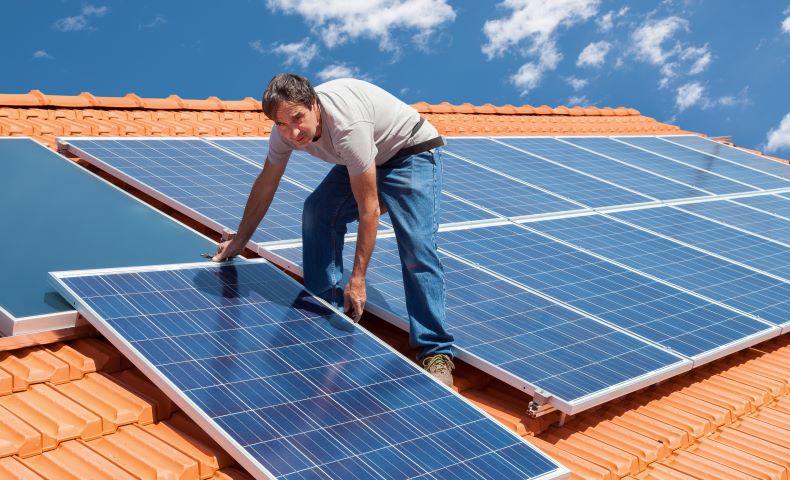 Unlike other electronics that are just outdated, but work fine, solar panels lose efficiency the longer they have been in use, averaging about a 1% loss per year the panel is in rotation. The materials in the panels can acquire imperfections over the years, making their performance suffer over the long-term.

This means that after 20-30 years, it’s definitely time to replace them, otherwise you likely won’t be getting your money’s worth in energy generation.

Because solar panels lose efficiency and become less reliable over time, it’s inadvisable to buy used solar panels, unless they are only a couple years old - in which case, you might ask, why is the seller getting rid of them in the first place?

Nevertheless, some places will still try to sell used panels. eBay and Craigslist both have a growing segment of sellers trying to pawn off used solar panels. You may even find them in your local secondhand store.

One recent Grist news story features one such shop, Urban Ore. This store intercepts people taking household items to the junkyard, and sells the usable items to folks looking to save on their DIY solar projects. In addition to toilets, bathtubs, and other household fixtures, the store rolled the dice and started picking up used solar panels… and people bought them.

When asked about reduced efficiency of the solar panels, Urban Ore Manager Max Wechsler answered: “I’m 32, and I’d say I’m operating at about 86 percent efficiency. I’d like to think I’m still worth something.

So are solar panels still worth something at 86% efficiency?

To some scrappy homeowners, the answer is yes.

According to the NREL’s 2018 Cost Benchmark, much of the cost of new solar panels comes from cost of installation, with solar companies charging around $2.60 per watt to install the solar systems, and only 63-91 cents going to making and delivering panels.

In other words, a knowledgeable DIY-er could pick up the panels for cheap, install them his or herself and save a bundle on solar company costs.

However, this comes with the risks of improper installation, the chance that the panels could be damaged or too inefficient to use, and the increased likelihood that they will need to be replaced sooner rather than later.

For the majority of homeowners, used solar panels end up being more trouble than they are worth.

With the cost of new solar panels dropping with each new advance in technology, it’s simply not that expensive to invest in new panels. Plus, outdated models may not have the newest photovoltaic technologies, resulting in even more reduced efficiency compared to newer panels.

Also, new panels come with solar warranties. This means that your panels are guanteed to produce at a certain level, and you are protected against damage or failure. With used panels… you’re out of luck.

While used panels aren’t advisable for most, they can be useful for certain smaller DIY projects.

For example, if you only plan on powering a small battery, buying a few used solar panels is fairly low stakes compared to trying to cover your entire roof with them.

So you could hook up a boat or RV with solar power to charge your cellphone or run some extra light without worrying too much about the age of the panels.

The Problem of Solar Waste Disposal

The other argument for reusing old solar panels, besides powering your home on the cheap, is to recycle and reduce the impact on the environment caused by solar waste.

Disposal of solar waste is a big problem that is getting bigger. Many would argue it is better to use old solar panels with decreased efficiency rather than have them sit, possibly polluting the earth, in a landfill. Some people may still find benefit in the old panels, and we can create a greener world in the process.

While this is true, a better solution would be to implement solar panel recycling on a broader scale. Then old and broken solar panels can be reused without the users experiencing decreased efficiency or risk that the panels will break.

Fortunately, many policymakers are already looking into better solutions for recycling solar waste. So hopefully you will not have to worry about old panels ending up in landfills for long.

Get low-cost new panels for your home

Buying used panels often results in more problems than solutions. Instead of rolling the dice on questionable second-hand panels, we recommend getting new panels at a low cost.

Use the HahaSmart Price Checker to see just how much you can save on new solar panels in your area.

You can also take advantage of Solar Incentives in your state to get a deal that works for you.