They may seem like an odd pair, but solar and the cannabis industry have gone hand-in-hand since the beginning - at first out of a need to fly under the radar, and now, out of a need to create a sustainable future.

With the increasing legalization of marijuana, the relationship between solar and cannabis is even more important as grow operations place an increasing strain on the electric grid. 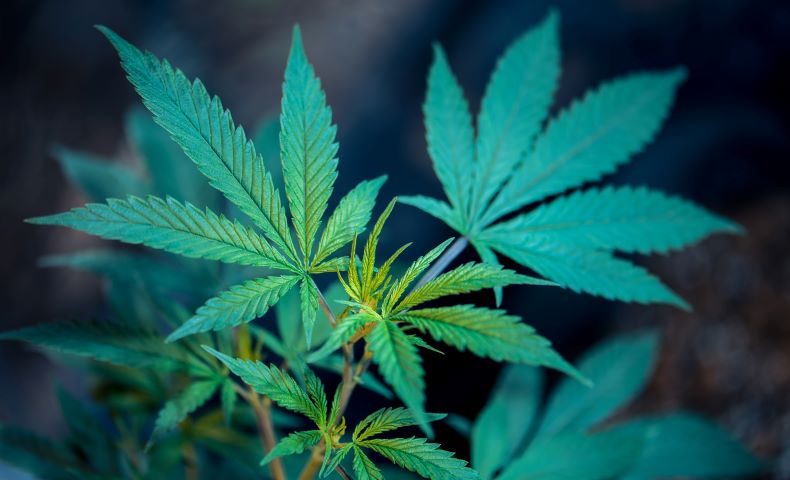 Solar power can relieve the pressure and allow the industry to “grow” without negatively impacting the environment.

History of Solar and Cannabis: A Secret Affair

If we take a look back in time through the old photos in the attic, we will see that cannabis first hooked up with solar in secret, as a way for illegal grow operations to avoid the notice of the government, in a type of sordid affair.

In the age of prohibition, growers couldn’t raise their plants in the open, so were forced to have indoor grow operations. Indoor grow rooms consume an enormous amount of power to operate successfully, including air conditioning, dehumidifiers, fans, special lightning, water pumps, and more, all running 24/7. This spike in electricity use can act as a red flag for the government in trying to track down and stop illegal marijuana operations.

In order to camouflage themselves, the early cannabis growers adopted solar to reduce their electric load to make them less suspicious and increase their bottom line. Indoor growing also helps them control pests and the quality of the product produced, since conditions are controlled.

Even before the legalization movement swept across the globe in 2018, legal indoor grows accounted for 1% of national electricity use. That’s enough to power 1.7 million homes. Globally, legal growers spent $6 billion per year on electricity.

That’s a lot of power.

Current and Future Outlook of the Cannabis Market

The cannabis industry in currently undergoing explosive growth across the US, with 30 states legalizing marijuana to some degree, 11 states already fully legalized, and only 10 states remaining where marijuana is fully illegal.

With many states looking to either decriminalize or legalize marijuana in the future, cannabis is set to be a game changer for the economy. It is the fastest-growing job market in the country, creating 64,389 jobs in 2018.

Additionally, a 2019 report by New Frontier Data predicts that federal legalization of medical and recreational cannabis would create $86 billion in tax revenue and a $26 billion annual cannabis market by 2025.

With such a bright future ahead, many key players are looking towards investing in cannabis, including real estate developers, tech companies, and more. The solar industry is one of them.

The Problem: Excessive Energy Use

Scaled up and unchecked, the massive energy use of grow operations is becoming a serious problem in states where marijuana is legalized. While there may be some movement towards outdoor grow operations in the future, which may reduce electricity costs compared to today’s mostly indoor operations, there is still a need for a significant energy solution.

Legal marijuana grow operations consume an estimated 1.1 terawatt-hours of electricity a year, according to the 2018 Cannabis Energy Report, published by Scale Microgrid Solutions, New Frontier Data and the Resource Innovation Institute, with energy consumption estimated to increase 162% by 2022.

Where marijuana is legal, states are already feeling the strain of increased energy use. Arcata, CA, is looking to put laws in place to restrict energy use by cannabis growers. Denver, CO. nearly fell short of its energy reduction goals due to increased usage by the booming legal cannabis industry there.

Marijuana grows have even been likened to “data centers for plants” due to the amount of electricity they require to run. The electrical cost per kilogram of marijuana leaf is estimated at $2,500, and electrical needs can add up to 47% of a crop’s wholesale price.

As the cannabis industry starts in on an impressive exponential growth, there is a major energy hurdle to jump - but also a huge opportunity to turn the market towards a green, sustainable future.

The Solar Solution: How CannaBusinesses Can Go Green While Growing Green

The answer to rising energy costs for legal cannabis businesses lies in its shadier past: solar technologies. Only instead of using solar to hide their operations, they can now fly their solar panels with pride (at least, in states where marijuana is legal).

In trying to make headway into the cannabis market, solar companies can find excellent opportunities. Rooftop solar panels can help power large grow facilities, although the energy cost is still so high (10x the amount of power of a typical office building) that rooftop solar panels are unlikely to cover the energy needs of a facility, and it may be difficult to convince warehouses to convert. At the best, rooftop solar installations might cover 20% of the operation’s energy needs.

Solar installers would do better to reach out to smaller, residential medical growers, where solar could make a significant difference. From there, they have a test case to pitch to other grow operations and grow from there to try and change the “green” industry from the inside out.

Solar can also help smaller businesses brand as green companies, so they can, in turn, get more customers.

Another great way to get solar into the cannabis industry is to pitch it as a green alternative to diesel generators as a back up source of power. In just one day of power loss, a cannabis company can lose $1 million in product. So back up power is extremely important.

Microgrids are being pitched as a better solution for cannabis businesses, combining solar panels with battery storage and co-generation plants.

Microgrids could cover all energy costs (more realistically around 65%). Even so, growers may still find it difficult to finance microgrid installation, with banks hesitant to fund them, since they are not recognized federally as legitimate businesses.

Scale Microgrid Solutions is one company seeking to fill this gap, working with investors to offer microgrids to cannabis businesses with financing options.

In March 2019, Canndescent became the first cannabis company to implement a large-scale solar project to power its indoor facility, installing 734 solar modules on seven carports to generate renewable energy for its 11,000-sq-ft warehouse. The company invested $3.75 million in the retrofit, and will soon release a white paper to allow other companies to use its solar project plans and build a more sustainable future.

Hopefully this marks the first of many solar projects in the cannabis industry, as our solar/cannabis power couple continues to forge ahead for the long-term.

For pricing on a solar installation for your home, try HahaSmart's Price Checker.

For the best deals, see what Solar Incentives are available in your area.