Use Solar Batteries To Power Your Home 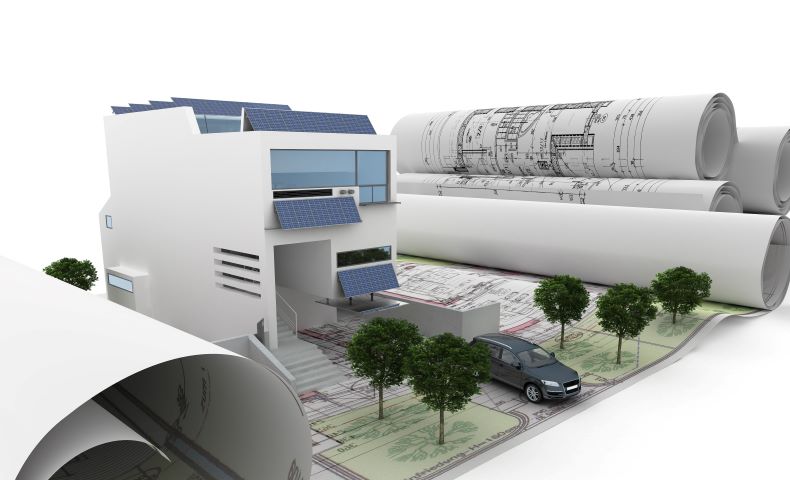 An Overview Of Solar Batteries

A common question that homeowners who are considering switching to solar have is how can you store solar power from panels? If you install PV solar battery software along with your solar panel system, you can go store excess solar electricity that was produced by your solar panels for your homes later use, like when the sun goes down or there are clouds, when your panels aren’t producing power.

A solar system with batteries for home use gives homeowners many benefits especially for property owners, including increased savings and disaster resiliency. If your electric utility has a time-of-use (TOU) rate structure or demand charges, which has PV solar battery software that has a backup that can save you money on your electric bill. In addition, there are areas without a true one-to-one net metering policy, solar batteries will also help you save money on your bill.

Besides saving money on your electric bill, getting a solar system with batteries for home use, will provide backup power in the case of a grid blackout. If the power goes out and you have solar electricity stored in a home battery, you are able to power your house for a long period of time while using the electricity that is generated with your solar panels.

The more classic method of powering a home during a blackout is by running a standard diesel generator, which will cost more money to fuel and maintain and they also produce greenhouse gas emissions, than the solar power batteries cost.

BYOP: Bring Your Own Program.

With the popularity of a solar system with solar batteries for home on the rise, the individual utilities are starting to offer rebates and solar incentives programs to make sure the economics of adding storage to your solar panel system more favorable.

Because the PV solar battery software is a newer product, utilities have started experimenting with newer program designs that are specific solely to solar batteries for home use. One of the newest packages that are becoming increasingly more popular is a bring your own battery or bring your own device program.

The bring your own battery programs function pretty simply. You first will purchase a solar system with batteries for home or a lone solar battery to an existing solar panel for a home system. Then you will connect the battery to your utility’s grid, which is how you’ll receive solar incentives. To put it simply, the bring your own battery programs work very similarly to net metering, but they are adjusted for the unique capabilities of solar-energy storage.

The utilities in which are offering storage solar incentives through these sorts of programs will typically either pay you for your capacity, the amount of peak or continuous power your battery can output, or for the solar-energy that you can push onto the grid, the amount of the electricity you output, it’s expressed in kilowatt-hours like your electricity bill.

The solar power batteries cost and the price solar-energy storage solutions have significantly lowered over the past five years, solar batteries might only make economic sense in select cases at the present time. But, the utility rebate and the solar incentives programs are helping solar shoppers realize large savings from investing in a solar battery. There are actually certain programs that are being designed to make the payback period for a solar system with batteries for home use comes out to be around five years, it will be in line with or perhaps or even better than the payback period for investing in solar panels.

If someone is planning on investing in a solar system with batteries for home use with the sole purpose of participating in a utility bringing your own battery program, you should be sure to check to see if your utility is offering one and if the battery you want can participate. If you bring your own battery programs are designed in order to narrow the choices on energy storage systems down by limiting the batteries and battery manufacturer participants.

Why are your utilities offering to pay for your battery?

There are a few reasons why the utilities are offering their bring your own battery programs. These programs have an exchange for the rebate or solar incentives, utilities receive access to your solar battery.

This means that the utilities gain the ability to dispatch your stored solar energy to help the grid at times when it is stressed and to help offset higher electricity prices. Collecting solar batteries from existing customers provides an efficient, cost-effective way to reduce stress on the grid and can also help avoid the need for costly transmission upgrades or building new power plants.

As a result, you will still need to extract power from the gird when the sun goes down every night. Solar homeowners with solar batteries have an advantage because they are able to pull the power primarily from their stored solar energy and they will only need to pull power from the grid as a last resort, which reduces the stress on the grid.

The utilities aren’t the only ones that are offering solar incentives and rebates for solar batteries. The single largest solar incentive is the federal solar tax credit, which is also known as the investment tax credit (ITC). The federal solar tax credit is one of the biggest financial solar incentives to go solar in the United States and is available to battery storage systems when they are conjoined with renewable resources. This allows you deduct 30 percent of the solar-energy system's cost, or solar plus storage system, from your federal taxes and there isn’t a cap on its value.

If you’re installing solar-energy storage on a residential property, it’s eligible for a credit under ITC, but only if the PV solar battery software is charged by an on-site solar-energy or another source of renewable energy. If you don’t have solar panels and plan on charging the battery with electricity from the grid that is not solar electricity, the PV battery software isn’t going to be eligible for the 30 percent ITC.

Want to see how a solar system will look on your rooftop? Use the hahaSmart design DIY tool.