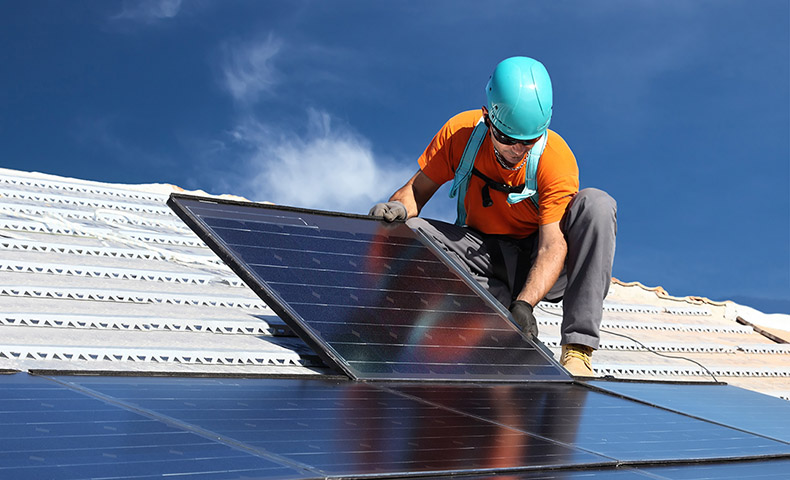 How to Understand Solar PPAs and Leases

Charities, churches and even governments with limited resources wanting to reduce their electricity bill by switching to the most abundant renewable energy often face obstacles to pay for the initial cost of installation of their own solar power system.

So they often turn to third party financing to do so. Such is the case of a nonprofit clean energy company called Ecolibrium3, which plans to build and eventually own a 40 kW Lincoln Park Solar Garden in Duluth, Minnesota and sell the electricity to benefit a veteran’s housing project and an emergency energy fund for families facing utility disconnections.

These type of arrangements are commonly referred to as “community solar”, a form of third-party financing that allows solar leasing and Power Purchase Agreements (PPAs). Both are ways for homeowners to get solar panels on their roofs for $0 down and make monthly payments. Leases and PPAs generally save people 10%-30% on their electric bills right away.

With a PPA, a company installs a solar power system on the customer’s property and essentially becomes a second utility provider, only the solar electricity is sold to you at a lower rate than the electricity you’ve been buying from the utility.

With a PPA, the host agrees to purchase all the energy produced onsite. Any excess generation is typically subject to a net metering arrangement between the host customer and a utility.

Do consider that your PPA won’t eliminate your power bill from your regular electric provider, because you’ll still need energy from the grid when the sun isn’t shining.

The less-popular option of the third-party is the solar lease. It’s basically like renting your panels for a set monthly payment, and getting all the energy they produce.

Besides the savings customers are able to secure with PPAs and leases, the parties that own the systems are responsible for maintenance and fixing problems that may present with the solar array.

However, there are other things to consider. Most leases and PPAs increase by 2.9% per year, which means you’ll be paying that much more for electricity as time goes by. Utility companies have traditionally raised rates by around 3.5% per year, but if they don’t you could some day be stuck paying more than retail rates for the electricity produced by the panels. This could affect savings.

Most states allow such arrangements, but not Florida and Wisconsin.

Currently, there’s a case in the courts in the latter one that could challenge this.

According to Energy and Environment News (E&E News), the key question in the lawsuit is whether Wisconsin law permits third-party financing of solar projects. The hasn’t disallow third-party solar financing, but hasn’t provided any legal clarity either.

The lawsuit is the latest action in the battle between solar developers and utilities that see them as a competitive threat.

Third-party financing of solar projects typically involves a developer owning solar equipment on a customer's home or office and selling the customer the output under long-term contracts. It's a key financing tool as upfront cost remains a significant barrier to solar adoption, even though panel prices have fallen sharply in recent years.

These arrangements are very popular in some states. The Solar Energy Industries Association (SEIA) indicates that nationwide in 2017, 57% of all installed non-residential capacity was third-party owned.

According to E&E News, for local governments, churches and nonprofits, the financing tool is even more important because they don't pay taxes and can't take advantage of the 30% investment tax credit (ITC). Third-party ownership allows the ITC benefit to be monetized and passed through.

Such is the case in Milwaukee, which last year sought proposals to install 1.1 megawatts of solar on three libraries, two public works buildings, a police station and a garage as part of the city's sustainability efforts to reduce carbon emissions.

The city signed a solar services agreement with Eagle Point last fall that called for the company to own 80% of each solar system while the city would own 20%. The company would buy, operate and maintain the equipment and sell all the output to the city to offset some of its power demand. No excess energy would be flowed back onto the local grid.

But We Energies denied their connection to the electric grid.

While these programs are advantageous for some entities, not so for homeowners, in great part because if you don’t own the panels, you can’t claim the solar investment tax credit of 30%, nor do you have access to other incentives and rebates offered by states and utilities. That’s why third-party financing for residential systems has been declining over the last several years. In 2013, 72% of residential systems installed in California were third-party owned, compared with 32% in 2017.