Hurry! This is the last year to claim the 30% Solar Investment Tax Credit 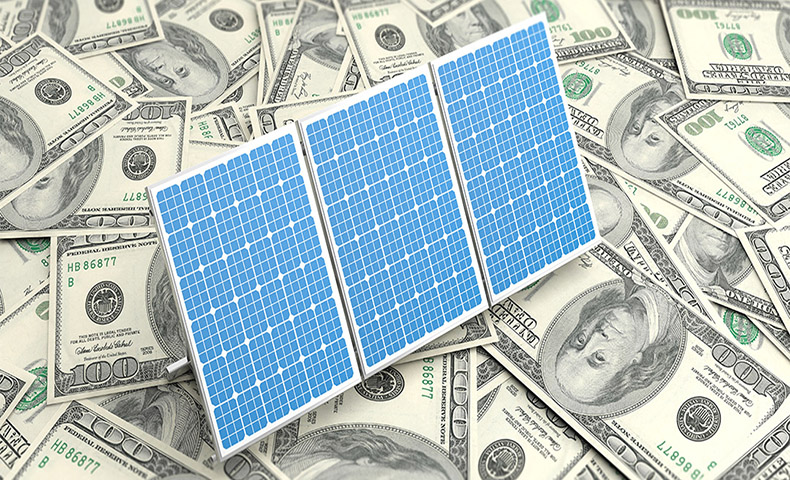 The Year for the 30% Solar ITC

In the last three years, the number of solar installations in the United States went from a million to two million, a figure that is predicted to double by 2023.

A solar photovoltaic (PV) system is now installed every four minutes, but by 24, this renewable energy will have grown by leaps and bounds.

“According to our latest forecasts, by 2024, there will be on average, 1 solar installation per minute,” said Michelle Davis, Senior Solar Analyst with Wood Mackenzie, when, along with the Solar Energy Industries Association (SEIA), announced the two million installation achievement in early May. “That’s up from one installation every 10 minutes in 2010.”

Michael Barnard, Chief Strategist for TFIE Strategy Inc., a firm which assists global clients to future proof themselves in our rapidly changing world of business and technical innovation, and geopolitical and climate disruption, gives credit for the rapid growth of solar on a few things.

Indeed, the cost of rooftop solar for homeowners and small businesses has fallen by more than half in the past decade. Ten years ago the cost was roughly $8 a watt. Today is roughly $3.50 a watt.

There’s also the issue of more and more people becoming conscious of the dire dangers of climate change and air pollution, prompting local and state legislatures to take action on this, offering incentives, rebates and tax breaks for those who decide to go solar.

And perhaps no other tax break is as incentivizing as the Solar Investment Tax Credit (ITC), which allows homeowners and business that install a solar energy system to claim a 30% credit for the total cost of installation.

“The investment tax credit (ITC) has been a great incentive over the last 14 years, because it has made the switch to clean solar power affordable everywhere—in private homes, commercial properties, and even farms,” said Michael Allen, president and co-owner of solar installation company All Energy Solar.

The SEIA explains that the ITC is a dollar-for-dollar reduction in the income taxes that a person or company would otherwise pay the federal government. It is not a deduction. It’s dollars that you don’t have to pay the IRS, or that the IRS will refund to you in April if you’ve overpaid.

Under the ITC, the homeowner can apply the credit to his/her personal income taxes. The business that installs, develops and/or finances the project also can claim the credit.

The solar ITC can help reduce the cost of domestic solar power systems. For instance, if you install a 5 kW system and paid $3 per watt, the total cost will come to $15,000 and your state and utility offer you $3,000 in rebates, this reduces the cost to $12,000.

Almost everyone can benefit from this credit. But not everyone does. If you don’t owe federal income taxes, you won’t be able to use it. And, if you’re on a fixed income, retired, or only worked part of the year, you may not owe enough energy taxes to take full advantage of this solar tax credit.

But those who want to take advantage of this incentive must act fast because as it extends currently, the tax credit, which was created in 2005, will be stepped down annually — from 30% currently to 10% by 2022.

It will go down to 26% for projects that begin construction in 2020; 22% for those started in 2021 and then it will disappear entirely for residential solar customers while the commercial credit drops to a permanent 10%.

In other words, you have less than seven months to take advantage and claim the full credit.

Solar installers are saying that if you’re on the fence thinking about putting up solar panels on your home or property, it’s not worth waiting. It takes a little over a month (and maybe more in some states) to have a property evaluated for a home solar energy system, design an array for it and have it installed.

To claim the 30% ITC, you will need to complete IRS Form 5965 to verify your qualification and claim on the renewable energy investment tax credit.  From there, this information will show on your Form 1040 which includes information from other documents like your Form W-2 and 1099s.

Talks about an extension

Solar energy organizations and several politicians have been talking about the need to extend the ITC, which would need the approval of both the House and the Senate.
In early April, over 100 members of Congress signed a letter of support for clean energy tax incentives.

BloombergNEF predicted the credits’ extension would lead to $73 billion in new investment and a 56% increase in new wind and solar capacity.

In other words, everyone wins with an extension: the government that reduces the country’s dependence on foreign fuel and our use of energy sources that contribute to global warming; the utilities that get help from solar to take strain off the electric grid, especially in periods of high energy consumption, and consumers who get to save money on their utility bills, increase the resale value of their properties, and lower their carbon footprint.