Go (almost) off-grid with a battery for solar power storage 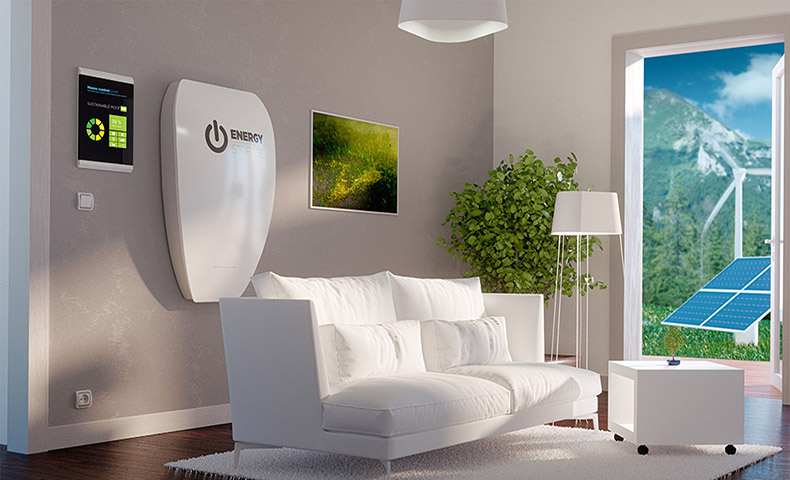 Go Almost Off the Grid with Solar Batteries for Home

The future FPL Manatee Energy Storage Center will have 409 megawatts of capacity – the equivalent of approximately 100 million iPhone batteries – when it begins serving customers in late 2021 and will be charged by an existing FPL solar power plant in Manatee County. By deploying energy from the batteries when there is higher demand for electricity, FPL will offset the need to run other power plants – further reducing emissions and saving customers money through avoided fuel costs.

The system will take up 40 acres of land, or 30 football fields. Once its new battery goes live, Florida Power & Light will decommission two natural gas power plants adjacent to the Parrish solar field.  Shutting down those two plants will reduce the company’s carbon dioxide emissions by an estimated 1 million tons.

Solar power is growing by leaps and bounds, but one of the problems is what to do with all of it. As explained by Sarasota Magazine, the Parrish, Florida solar field has been up and running since 2016, but the power it generates flows directly into the grid. That means that at night, or on a cloudy day, the company has to burn fossil fuels to compensate for the drop in available solar power. The new battery system will capture all of the solar power generated in Parrish and will be able to push it out to homes even at nighttime or when it is overcast or rainy.

Florida Power & Light is making the move because it makes economic sense. The cost of battery storage technology - and solar panels - has plunged, making it cheaper to invest in solar than to build new fossil fuel plants.

Just like FPL, homeowners can take advantage of cheaper battery prices to store the energy they produce during the day and go if not completely, but almost, off-grid.

To date, most home solar energy systems are still tied to the grid. The reason for this is that timing is rarely perfect for the business of power delivery. The clean energy produced by the solar panels on your rooftop during the day stop flowing when the sun sets. Your surplus solar energy goes back to the grid during the daytime so it can be used right then. If your utility has a net metering program, you exchange that exported power for credits for the energy you import from the grid at night.

But some owners of domestic solar power systems would like to cut the cord - literally - with a utility. Those who own mountain cabins and sheds, or like to travel in an RV to remote areas, have been living this way for decades, but they reduced their power needs to the minimum so they could use generators or portable solar batteries with limited storage.

Now there are more powerful solar storage batteries for homes that offer bigger capacities.  However, price is still an issue. Tesla’s home battery, the Powerball, costs over $7,000 per unit, about half the price of a median solar power system, which ranges from $11,000 - $14,000.

The battery size needed to make your home capable of operating completely off-grid will vary depending on your energy needs. Still, most home batteries still only provide a small amount of backup power during an outage, so you will still be connected to a grid. They are not yet powerful enough to keep you completely indepedent.

Lithium-ion are small and light, and have an extremely long cycle life and high discharge and recharge rates, but they are also more expensive.

Lead Acid - these are the “veterans”, with lifespan of up to 800 cycles, tolerant of abuse such as high charge/discharge currents. But one of their drawbacks is their weight: they are heavy.

Nickel-Iron -these have been around since the time of Thomas Edison and are extremely tolerant; you can overcharge and over discharge them, and have an infinite lifespan of charge-discharge cycles. But they have low efficiency and are even bigger than lead acid ones.

The U.S. Energy Information Administration (EIA) released a trends report on the U.S. storage market in May 2018. The report found that lithium-ion batteries represented more than 80% of the installed power and energy capacity of large-scale energy storage applications. Nickel- and sodium-based batteries represented around 10% while lead-acid and other chemistries rounded out large-scale battery representation.

If you install a battery system at the same time as your residential solar power system, your batteries are eligible for the 30% federal Investment Tax Credit (ITC).
However, in order for batteries to be eligible, there are certain restrictions, such as your batteries must be charged 75% or more by your solar panels. Any less than 75% and the cost of the storage components cannot be claimed as a tax credit. For systems that charge from solar 75% – 100% of the time, the ITC is available but only at the level of solar charging. For example, a system charged by solar energy 80% of the time is eligible for the 30% ITC multiplied by 80% – which is equal to 24% ITC instead of 30%.