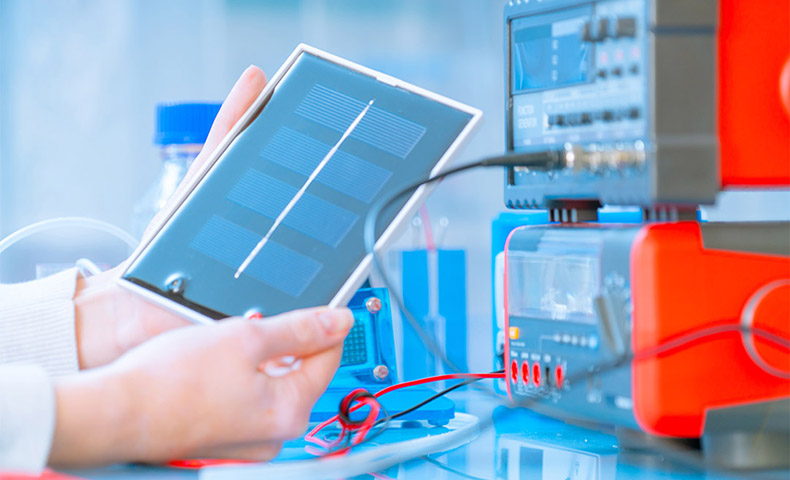 What is Going to Determine a Solar Panels Efficiency?

Canadian Solar reported it had set a world record of 22.28% conversion efficiency for its p-type multicrystalline P5 ell.

Trina Solar, on the other hand, informed that it had reached a 24.58% efficiency for a n-type monocrystalline silicon I-TOPCon solar cell.

These are high achievements, but let’s remember those records are set in a lab, under optimum conditions. Overall solar panel efficiency will be lower than the figures noted above for modules made with the cells mentioned by both companies simply because real-world situations are vastly different than those found in testing sites.

The label on every panel will show detailed information about its expected efficiency. However, the performance is influenced by a whole host of variables. Here are some of them:

There are three basic types of solar panels. Monocrystalline and polycrystalline are the most often used in home solar energy systems.

Monocrystalline solar panels are based on the highest-purity silicon and thus provide the highest efficiency. They’re easily identified by the black color of the solar cells.

Polycrystalline solar panels are usually not quite as efficient as monocrystalline, but there is not that much of a difference. They come with blue-hued solar cells.

Their distinctive color can also be a determining factor when choosing one over the other for a residential solar panel array.

For solar cells to convert sunlight into DC electricity, they must have an unobstructed position as directly to the sun as possible. Shade from nearby buildings, trees, or heavy cloud coverage are the enemies of efficiency.

Any shade, even partial and only on one of the solar panels in a domestic solar power system can have a detrimental effect on the entire array. This is especially true in installations with string inverters, where the photovoltaic (PV) modules will operate at the highest efficiency of the lowest performing panel. Microinverters can offer a solution to this by directly converting DC to AC electricity on each individual panel.

For best efficiency, solar panels should be positioned to maximize the input of sunlight. In the U.S. (and the Northern Hemisphere) they should face true south and, given your roof’s possible, at an angle (if necessary) to receive as much solar light as possible for the longest possible time in a day.
If you have a ground-mounted solar installation you can also add solar trackers that “track” the move the solar panels under the trajectory of the sun during the day and also during the seasons.

While light is definitely a must for solar panels, heat is not. In fact, as temperatures increase, solar panel efficiency drops slightly. PV modules prefer cool, and even cold, sunny days, for maximum solar efficiency. That’s why panels are also mounted on racking on top of the roof, so it allows for wind to pass under them and cool them as they are generating electricity.

But snow can also be an energy killer. A thick layer of snow can be too heavy for a solar panel. Solar cells stop working when more than two inches of snow accumulates on a solar panel and decreases solar panel efficiency by 100%.

The efficiency of solar panels degrades a lot in the first year, often immediately after they start producing energy simply because of exposure to natural elements. You can expect a 1-3% drop in efficiency (depending on the panel) that first year, with a 0.5% reduction every year afterward. Solar panel manufacturers are aware of this and often guarantee power output will continue to be above 80% after 25 - the expected lifetime of a PV module. But it’s not that they simply don’t produce any energy after that. There are a number of examples worldwide of panels 30 to 40-years-old that continue generating power.

Solar panels are resilient and long-lasting, often needing little maintenance. But cleaning them regularly and removing dust, dirt, bird droppings, or leaves that accumulate on top of them will help to keep efficiency high during their lifetime.