Vertical or horizontal, what's the correct way to install solar panels on your roof? 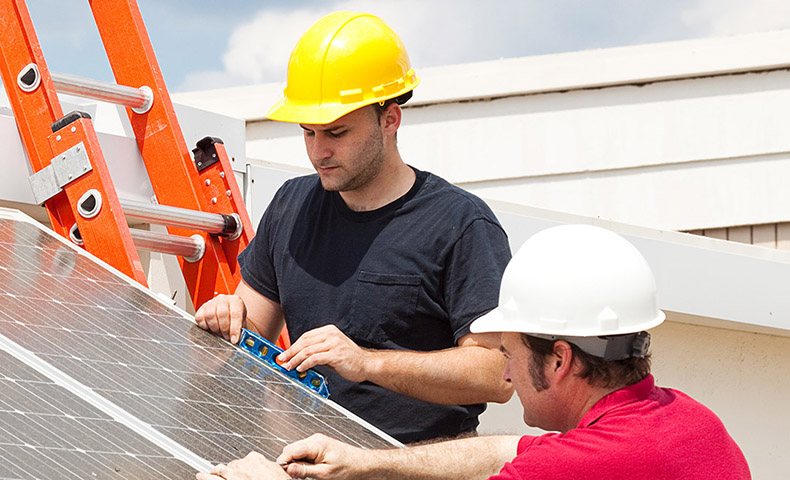 Horizontal or vertical: which is best for solar panels?

Is your roof flat or tilted? Does it face in a southern or eastern direction? Is there a tree, chimney or other structure that throws shade on it?

These and other questions must be considered when one is about to install a home solar energy system.

The contractor you hire to install the solar panels will review your energy use and recommend the correct size of your solar power system, detailing the number of photovoltaic (PV) modules to be installed and in what area of your roof.

Determining the size of the domestic solar power system should be easy enough by accessing the Hahasmart price checker. Just provide your address and your average monthly utility bill and you’ll get the actual price of solar panels and inverters - which are the most critical parts of a solar powered system - as well as provide you with an estimated cost of installation based on thousands of completed solar projects in your area.

Computer Science major Aniruddha Joshi gives the following suggestions on an Internet message board devoted to solar energy when it comes to the actual installation.

The best way to deal with the installation is to hire a licensed solar energy contractor who will secure the permits from the utility and your municipality. The installer should also be familiar with the limitations on system size and grid connection.

The entire installation process averages about two days and then you’ll need permission from the utility to turn on your domestic solar power system and start generating power on your own.

Something else to keep in mind when installing solar panels is to consider using an area of the roof where there is considerable space for the addition of more panels in the future. Solar panels are supposed to last for 25 plus years and a lot of things can happen in that time.

Solar panels are mounted on racking that uses the rafters in your roof as anchors. Solar installation companies mount their solar panels on rails attached to steel bolts, specifically for added security and stability.

While most solar panels are installed horizontally, there is also valid reasons for placing them vertically, according to Modernize.com:

The amount of sunlight the roof gets could also impact the direction in which they are placed. Regardless of the orientation, experts note that it is more efficient to have a consecutive block of solar panels installed using the same orientation— either vertical or horizontal. This also helps if you’re using a string inverter that connects all the panels together and send the power to a central unit. If you use microinverters that attach to each single solar panels, you have more flexibility in terms of the layout of the array.

If you live in an area with snow, your best option is to lay them horizontally because most panels are made up of two or more strings of cells that run lengthwise the module. If the panel is mounted vertically, snow will slide down, covering the bottom part of each panel, blocking some cells from all strings in that panel, thus practically killing all output. By placing them horizontally, as the snow settles on the bottom of the solar panels, it will keep the strings of solar cells that run lengthwise along the solar panel clear of snow and able to convert sunlight into energy.