How to optimize your energy production 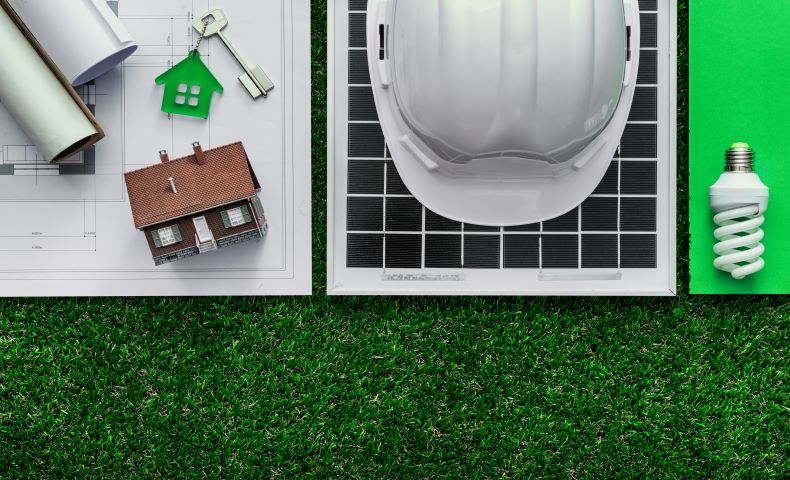 An Inveter is a key component to a solar system. The inverter is responsible for converting direct current (DC) electricity that is created from the solar panels, but is unusable for household appliances, to alternating currant (AC) electricity (usable electricity).

When it comes to picking an inverter, there are quite a few different options that are on the market. One of the more popular kinds of inverter technologies are microinverters.

How do microinverters work?

In opposition to a solar energy system with a centralized string inverter, a solar microinverter are smaller inverters that are installed at the panels site. Most solar panel systems that use microinvertese usually only use microinverter for each individual panel.

Due to the fact that each microinverter operates at the panels site individually, they are independent from the other panels that are in the system, microinverters are considered Model-Level Power Electronics (MLPEs). MLPEs are typically the best option for the installations that are normally more complicated installations or for the install of the systems that are going to have portions of the panels that would be shaded.

With the string inverter technology, panels only produce electricity at the level of the lowest performing panel on the array. But because microinverters are attached to each individual panel, they avoid this issue. With microinverters the solar panels will to continue to perform efficiently, even if one panel in the system isn’t producing any electricity.

Optimizers are an option for standard inverters as well, which function very similarly to a micro-inverter. Micro-inverters and the add-on optimizers both offer an additional perk in system monitoring as well. With either of these devices, you have the ability to track the production of each individual panel, while with a standard inverter you only can track the production of the whole system.

The evaluation of microinverters

Like with other panels there are other kinds of inveters and if you are getting a solar installation, you should compare and contrast the different kinds of inverters, brands and sizes of inverters that are on the market today.

Microinverters, like other inverters have efficiencies that vary. The inverter’s efficiency is measured about how much energy is lost in the form if heat during the energy conversion from DC to AC electricity. The higher the efficiency of a string inverter leads to a higher overall system efficiency and there will be more overall energy produced.

The microinverters come in a lot of different sizes that are designed to handle different voltages of electricity. As with most technology systems, the larger the inverter is, the more expensive it will be. But a mistake would be installing an inverter that is too small for your system, trying to save some money on the upfront cost. The inverter that you install needs to be larger enough to support the panels energy output.

There are usually guidelines that are listed by the manufacturers that list the maximum amount of DC wattage a solar panel should have when connected to their product. A professional installer will also help you determine which size centeralized inverter that is best for you solar system, based on the proposed system design and site-specific conditions .

There microinverters that will come with a 25 year warranty. This warranty will protect you against any manufacturing errors that your panels may have.

But, the manufacturers will offer the same warranty term that may offer different levels of coverage as part of warranty. When choosing the product it is important to read and compare the warranty agreements when you are picking your solar equipment.

Though inverters aren’t usually the most pricey aspect of the solar panel installation, you really should compare and contrast the different power optimizers. The higher efficiency optimizers the longer the warranties will come with larger prices, but depending on the setup of your solar panel system and your preferences.

If you’re interested in going solar, there are a few different inverters that you have to choose from and you will want to make sure that you choose the right inverter for your system.