Solar Panels and The Heat 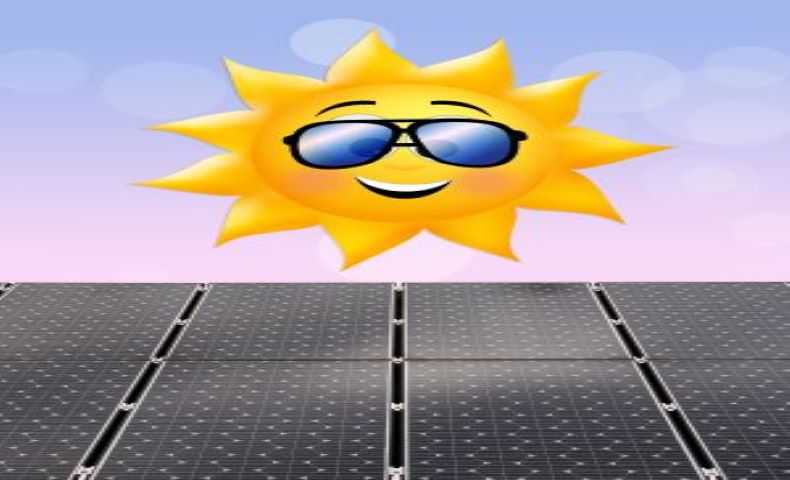 Can Solar Panels Handle the Heat?

Solar panel efficiency’s are tested at 77 degree F., and depending on the location that they are installed in, the heat can lower the efficiency from 10-25%. When the temperature increases the solar panel output decreases, the output current vastly increases and the voltage output is greatly reduced.

How hot do solar panels get?

Most solar panels are made up of silicon photovoltaic (PV) cells, that are protected by a sheet of gas and they are held in place by a metal frame. The materials that make up the panels can be compared to the materials that are used to for form the window and frame of a car.

In order to a gain a greater understanding on how a hot solar panel works, it is best to think about how hot a car can get while sitting in a lot during a summer day. The window and car frame will be hot to the touch, but in most cases there is no risk of a fire or a burn.

How hot the panels get solely depends on air temperatures, how close you are to the equator, how much direct sunlight you get and the sort of roofing material you have.

The effect of temperature on solar panel efficiency

One concern that many homeowners have is “can solar panels overheat?” The answer to that is simple, just like other electronics when the solar panels get too hot, the solar panel energy output slows way down. It is the law of thermodynamics says that as the heat increases, the power decreases, this law applies to solar panels.

The warmer the temperatures the less power output for the PV cells and this loss is quantified in a temperature coefficient by panel manufacturers, that vary from each model.

A way that you can know what sort of output losses your panels are experiencing, is by looking at the manufacturer rating. The manufacturers rate their products based off how vulnerable they are to temperature in the form of the temperature coefficient, it is expressed in a percentage percentage degree on Celsius.

Though the number doesn’t seem that big, in the summertime the rooftop on a darker colored roof in the summertime, can get pretty high, in fact much higher than 77 degrees Fahrenheit - like that of an asphalt road on a hot summer day. The small percentage of output power loss for each degree of heat compounds.

It doesn’t matter which solar panels you decide to go with, there will always be an energy loss due to the heat. But there are ways to manage the effects of hotter temperatures on the solar panels. The basic technology is employed by most of the panel manufacturers to use a thermally conductive substrate to house their panels.

The best conditions to produce the optimal amount of solar energy is cold, sunny days, meaning that you don’t have to live in area with a warmer climate, such as Arizona or California, to benefit from solar power.

If you do live in an area with the warm weather year round, it would be a good idea to invest in some of the higher end solar panels. Some of the solar panel manufacturers with some of the lower temperature coefficient available from Sunpower and Panasonic. If you expect the surface that the solar panels will be higher than 77 ° F fir a significant portion of the year, it would probably be worth it to get a quote for higher end panels.