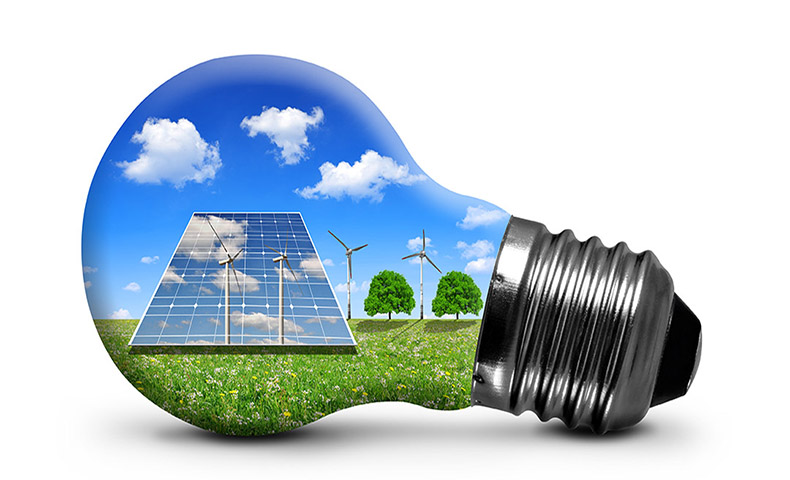 Desert or mountain, hot locality or frozen tundra, urban or rural area, solar electricity is now being developed all around world, showing the versatility of this abundant, renewable energy.

Many people think they need to live in an ideal climate in order to have a home solar energy system (think warm Florida or sunny, Southern California) that is constantly producing electricity. But the reality is that anywhere in the planet where you get solar rays - and that’s everywhere - you can have photovoltaic (PV) modules converting sunshine into power.

How does the temperature affect solar panels?

Ambient temperature is not a barrier to solar power.

That’s why it’s possible for solar panels on the rooftop of a home in cool, foggy San Francisco will produce only one percent less electricity than one in hot, sunny Sacramento, only 90 miles apart.

Clouds or fog, or hot or cold, are not something that should worry those interested in turning to solar for their electricity.

Also, remember that overall performance of a roof-top installation of solar panels is not dependent on a day by day, but as an average. The average of power producing days is what is used to design the proper size system to match your electricity needs.

In the lab, solar panels undergo “standard test conditions” where they are reviewed at 77o F with 1000w per square meter or light. The results of those test show the amount of wattage the panel will generate under ideal circumstances.

Temperature does come into play, but it’s the reverse of what you may think. It turns out solar modules prefer cold rather than hot weather. Indeed, in cold weather, their voltage will be higher than the panel’s rating, while in hot weather it will be lower.

The short answer is that solar panels need light, not heat.

But if you want a more scientific explanation, perhaps this one from the University of California Santa Barbara ScienceLine will help.

“Normally, electrons at rest (low energy) are excited by the sun (high energy), and the difference between their excited and rest energies is the potential difference (voltage) that you could ideally get from your solar panel. However, heat also excites electrons (when we heat something we are giving it energy), which raises the energy of the electrons at rest. ("warmer" electrons have more energy at rest than their "cold" counterparts.)

“Because we produce power from the difference in the states (at rest and excited by the sun), if the electrons have more energy at rest (your solar panels are hotter), the difference between the rest energy and excited energy (from the sun) is smaller, and our solar panels will produce less energy. A simple analogy would be to consider waterslide from the top of a building (let's say 5 stories high). If you built the waterslide from the top floor to the bottom, you'd go really fast. However, if you built it from the top floor to the 3rd floor, you wouldn't be able to get going as fast.”

That’s why they may be more efficient when it’s cold and sunny outside than when it’s scorching hot.

However, the variations of power output from summer to winter may be very low, and that’s due in part not to the temperature or weather, but the amount of sun during the day.
While cold temperatures help solar panels convert energy more efficiently, shorter sunlight hours will take away from these gains.

Several studies have shown that energy efficiency starts to drop as the panel reaches hot temperatures, often above 91 degrees Fahrenheit. But you won’t notice this drop because the days are longer in the summer, which means more sun peak hours.

The best and easiest way to deal with this is to hire a knowledgeable solar installer who can best position the domestic solar power system in a place and tilt where they are at maximum exposure to the sun throughout the year.

If you don’t have an installer yet, you can find one after you check out the price of a home solar energy system that meets your energy needs. All you have to do is provide your address and your average monthly utility bill and the Hahasmart price checker will provide you with the actual price of solar panels and inverters - which are the most critical parts of a solar powered system - as well as provide you with an estimated cost of installation based on thousands of completed solar projects in your area.

They’ll even provide you with an estimated buyback period, the point where the electricity savings cover the purchase of your residential solar panels and your system becomes free.

Rainy or snowy locales shouldn’t be a problem either. Snow isn’t heavy enough to have much of a negative effect on solar panels and will usually melt before it becomes an issue.
Similarly, rain won’t be an issue, and might even be an asset because it washes away dust, grime and bird droppings that accumulate on solar panels. And that does pose a diminishing energy output because - just like shade - prevents sunshine from reaching the solar modules directly.