How long do solar panels last? 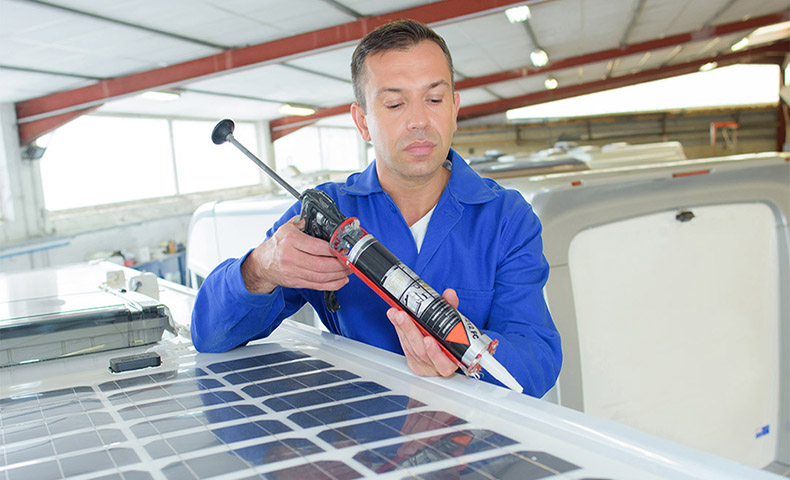 How Long Do Solar Panels Last?

The initial investment in a home solar energy system is quite substantial, but affordable to the majority of homeowners.

But the expense is well worth it, especially now that the prices of solar panels have dropped 35% in the past year and because is a purchase that will keep giving you a return on investment for years to come.

This is thanks to the durability and efficiency of solar panels, guaranteed to last for 25-30 years, much longer than it will take for you to recuperate the cost of the residential solar installation (on average between 6-8 years).

Scientists began working on photovoltaic (PV) solar energy in the 19th century, when in 1839 Alexandre Edmond Becquerel discovered the photovoltaic effect which explains how electricity can be generated from sunlight. He claimed that “shining light on an electrode submerged in a conductive solution would create an electric current.”

However, for nearly 100 years researchers didn’t manage to produce a usable amount of electricity until 1954 when Bell Laboratories built the first solar cell that used silicon.
Made of silicon cells grouped together and connected to each other in a sealed frame, solar panels began to emerge in the 1970s when solar energy was viewed as a viable solution to the oil crisis. By the 1980s and 1990s, the government developed grants and tax incentives to encourage this renewable energy.

Still, it wasn’t until 2012 that the solar industry really took in the United States as costs for solar panels dropped dramatically, utilities began offering rebates and net metering, and a federal tax credit made them affordable to the general population.

Today’s solar panels are extremely durable, reliable, and almost maintenance free throughout their lifespan. Photovoltaic (PV) panels suffer a degradation of around 3% the first year (the manufacturer already takes this figure into account when selling the panels).

After that they will experience a mere loss of 0.5 to 0.8% efficiency every year, according to a study by the National Renewable Energy Laboratory (NREL). In other words, after one year, your panels will be 99.2 percent as efficient as they were when they were first installed. After 10 years, the panels will produce 92 percent as much energy as they did when they were new. This means that at 25-years-old, the modules will still produce energy at 75-87.5% of their rated output.

In fact, some solar panels made back in the 1970s are still running at 80% of their original power capacity. Kyocera has reported several solar power installations that continue to operate reliably and generate electricity even though they are nearly 30 years old. And the world`s first modern solar panel still works after 60 years.

Factors that affect the output of your solar panels include weather conditions such as rain, which can create corrosion if they are not installed properly. Besides affecting the ability to turn sunlight into electricity, corrosion can also wear at the metal frame.

If you live in a windy area, beware that win can cause the entire solar panel to vibrate, affecting other parts of the solar system. Think about shelter from the wind when placing the solar panels on your roof.

Heat and snow are both detrimental as well, because they can cause panels to warp, cells to crack and frames to break apart. And so is hail, which can heavily damage solar modules if it’s of considerable size.

Often times, the degradation of solar panels occurs when microcracks form in the silicon of the solar cells. These small cracks cause electrical connections to deteriorate, meaning there are fewer paths for the electrons liberated by the protons from the sun to take, and thus less energy goes to your inverter.

To make sure your solar panels are in top shape for the duration of their lifespan, pick a Tier 1 manufacturer with a good reputation and track record. This assures you the panels were well-made and that only the best materials were used in its fabrication.

Fortune Energy offers a wide variety of high-quality solar panels from a number of reputable companies with a long-standing track record of the highest efficiency and outstanding warranties.

Also, make sure the panels have full access to light. Remove any tree limbs or other obstacles and shade that blocks sunlight.

And don’t forget to clean them routinely, conduct routine maintenance, avoid damaging them and have them checked regularly if you notice any change in energy production.

It is rare for solar panels to completely stop working. But if they do, it’s usually caused by two reasons: a breakdown of the microwires inside a cell causing a short circuit and a hotspot, or the seal that keeps water out of the active part of the panel fails.

Often, the problems in a residential solar system come from the other components of the project, such as cables, connectors, and metal mounting structures that might rust.