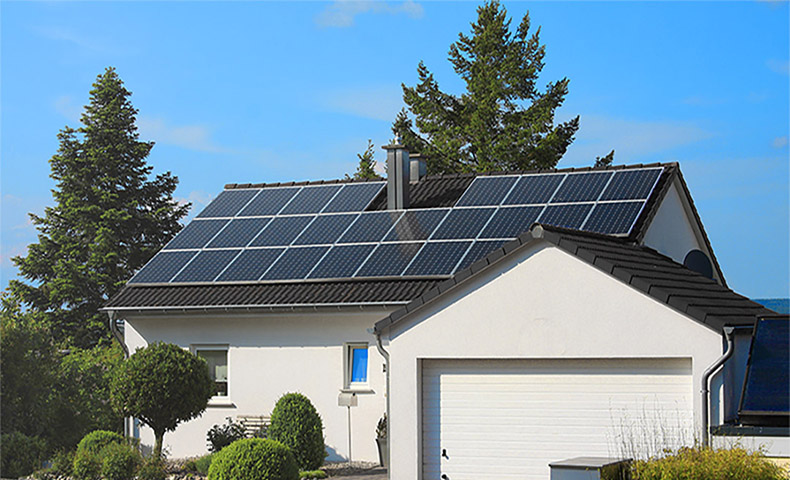 Your home is your castle, and you treat it as such, making sure it’s in top shape, as it is a reflection of who you are.

Residential solar panels are no different. They say to anyone who passes by that you’re an environmentally-conscious person, but also a savvy investor who cares about how much money you spend on electricity and wants to save some of those dollars for other purposes.

But according to several surveys, more than the prices of solar panels, what sometimes stops homeowners from turning to the sun for their electricity is the aesthetic appeal of photovoltaic (PV) modules. They think solar panels diminish the look of their houses.

“At present times, these conventional panels are foremost delivered in a blue or black version that, according to potential buyers, may disturb the appearance of their houses. This perception of solar panels could hamper future market growth,” noted a study about the “Relative Importance of Aesthetics in the Adoption Process of Solar Panels in the Netherlands.”

Appearances are important to humans. We like attractive things and while this may be subjective, the reality is that this trait extends to solar panels.

Fortunately, as the solar industry advances, so does the look of PV modules. Gone are the bulky panels of the past with aluminum frames, tacky, raised up mounting, and white backing with wires showing. In contrast, today’s panels are sleek and modern and there’s a wide variety of models to choose from, enough to even pass the wife test.

Solar panels still fall under two main categories: monocrystalline and polycrystalline silicon cell modules. The main difference between the two (in aesthetics terms) is color. Mono are black because the silicon has a higher standard of purity, poly are made in a blue hue because of the imperfections within silicon crystal formation from misalignments while melted silicon is being poured into the mold.

But the frames and other aspects of the panels can change. For poly, you will find ones with silver frames, white backing and wires. They’re normally the lower-cost panels, as the aluminum frame stands out and the white backing sheet is visible between the cells. But they reflect more heat, keep the panel cooler and increases efficiency.

For mono, there’s still the aluminum-framed panels with white backing, but the busbar- a thin strip of copper or aluminum between cells that conducts electricity along the panel is definitely smaller than former models.

There’s BOB (black on black), where even the frames are black and come with a black sheet. Some people prefer them because they hide the waffle iron look that comes with a white backing. In addition, there’s also all black with wires and no wires, which makes them even less obvious as they blend with the roof better.

Some manufacturers are also creating solar panels that come in almost any hue. While this is not the norm across the board, they might be an option for homeowners who want to stand out from the rest or blend in with their roofs. 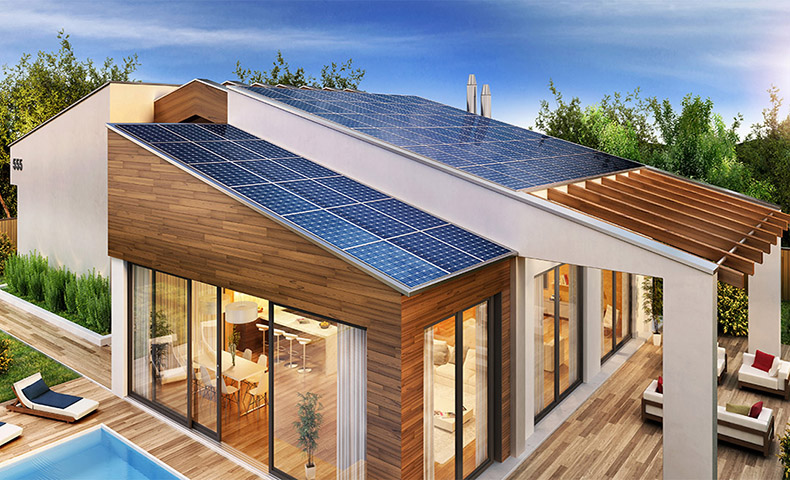 For those who are still not sold on adding solar panels to their home’s roof, there’s also the option of in-roof solar mounting, where the panels are flushed with the roof, replacing sections of your roof material. However, this adds to the cost of the installation.

Another option are solar roofs and solar roof shingles and tiles, which mimic the look of traditional material for these products, but also carry an extra cost.

Photovoltaic roofs do away with traditional roofing material, replacing it entirely with solar panels.

Despite the aesthetic appeal that makes them basically invisible, tiles tend to trap heat under them because they’re flushed with the roof, which can hurt efficiency. Because they’re a new product, their price might still be a little out of reach for some homeowners.

Something else to keep in mind is choosing the location for your solar panels. Depending on your home’s orientation, the solar system can be installed on the back or non-street-facing side of your roof. Solar panels tend to produce the most energy when they’re facing south, so this would be ideal if your house faces north. However, if your house faces south, having the panels only on the back of your roof would cause you to lose out on some serious production.

Of course, ultimately your solar installer will recommend something that is within your budget and provides the energy needs you seek. If you’re concerned about the look of the solar array on your home, you should discuss it with the solar installer to reach a consensus as to what he should be looking for when purchasing the equipment.