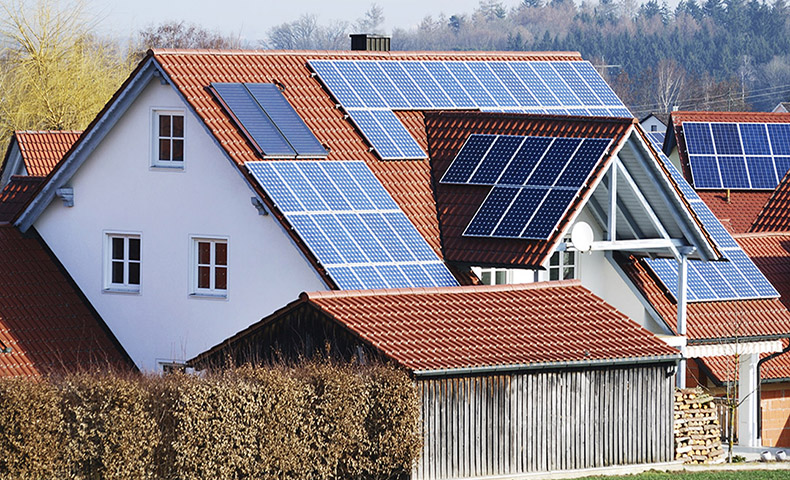 Solar Incentives and benefits in Texas

It is one of the largest states in the country, but Texas lags when it comes to solar power.

The Solar Energy Industries Association (SEIA) ranked the Lone Star state 5th in the country last year in terms of solar power, with installations only generating 2,924.77 MW of electricity by sunshine. A mere 0.85% of the state’s electricity comes from solar.

This is partly due to the fact that Texas residents face a number of obstacles when it comes to taking advantage of the sun for their energy needs. Yes, it’s true that electricity is simply very cheap in the state, just $0.08 cents for kW, among the lowest in the country.

But there are other issues, as well. The solar industry has battled homeowner associations that don't want panels in their neighborhoods (something California impeded several years ago), and the state is only among just two in the country that don’t force utilities to buy surplus power from residential projects (net metering). In addition, some cities, especially in the Dallas area, place restrictions on solar, prohibiting the installation of solar panels on rooftops.

Things could be changing, however. This week, the Texas State Senate approved a bill could stop cities in the Lone Star state from barring solar panels, which industry experts say would give a boost to a state lagging in solar power production.

SB 2066 also confers other protection to consumers, would also require solar sellers to provide some consumer protections including contact information of the salesperson and installer, representations of expected operational and financial performance and warranties. Solar lease agreements must include the terms and rates of the lease including any payment escalators or other terms that would affect payments and whether the lease is transferable to a new owner, according to the bill.

This could provide a boost to solar energy in Texas.

“Texas is poised to become a nationwide leader in solar energy, with more than 4 GW of capacity expected to be installed over the next 5 years, with appropriate state policy that removes market barriers and recognizes solar's benefits,” notes SEIA.

Still, restrictions have not increased the price of solar panels. The average cost of solar modules for a 6 kW system in Texas is between $10,416 and $13,356, lower than many other states.

The state of Texas does not offer a statewide solar tax credit, but some areas do provide incentives and benefits for those wanting to make the switch to solar power.
Austin, Corpus Christi, El Paso and San Antonio utilities, for example, offer upfront rebates for solar power installations. El Paso Electric, the City of Brenham, CPS Energy, ITC, Reliant, TXU, Amigo Energy and Green Mountain Energy also offer net metering. And you also benefit from the 30% federal tax credit, which means that if your system costs $10,000, you get a $3,000 credit on your federal taxes.

Homeowners should check with their electric provider to see if incentives are available. All of this helps you shorten the payback period of 8 years or less for an investment in solar panels for your home.

In addition, Texas approved HB 362, a solar rights law that prevents Homeowners Associations (HOAs) and POAs from prohibiting solar energy systems on their properties. The law provides that POAs and HOAs cannot withhold approval for the installation of a solar device on a roof or in a yard or patio as long as the installation:

Another incentive for those wanting to convert sunshine to electricity in Texas is a renewable energy property tax exemption in the state, where residents don’t pay extra taxes as a result of the value that their solar panels add to their properties.

Businesses also have some help. The state allows a corporation or other entity subject the state franchise tax to deduct the cost of a solar energy device from the franchise tax. Entities are permitted to deduct 10% of the amortized cost of the system from their apportioned margin. Again, we recommend you look at

To find out how much a solar power system for your home in Texas will cost, you can access the Hahasmart price checker that provides you with an estimate of equipment and installation costs by simply noting your home address and monthly electricity bill. They’ll even help you contact a reputable solar installer in your area.