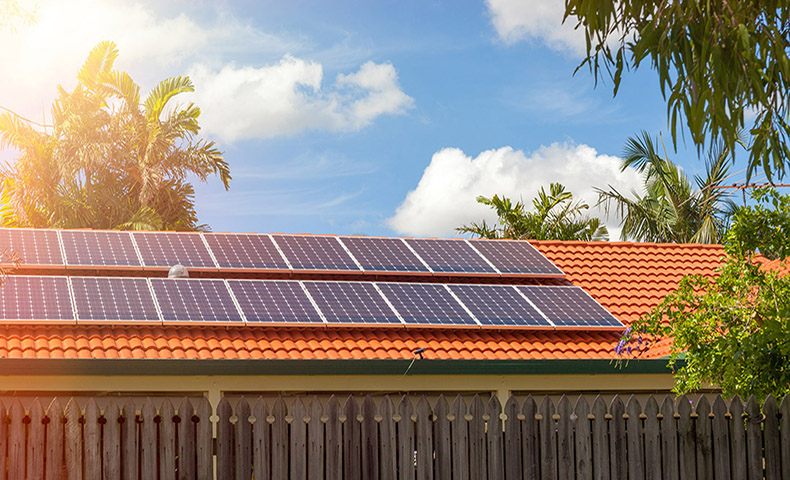 Your neighbor’s huge oak tree provides plenty of shade over your house on hot summer afternoons, helping lower your use of the a/c, but if you have solar panels on your roof, that tree can be a killer for energy production.

Does shade impact the efficiency of a solar panel?

Recently, a person asked on an Internet board for solar energy-related questions whether solar panels shaded by a tree produced zero power?

The unanimous answer was no, not zero power, but any type shade does have a dramatic impact on solar panel energy production. Even passing clouds, leaves or utility wires can block the sun and have an effect. And obviously snow and other debris.

1.Direct radiation - which originates in the sun and reaches the Earth directly

If panels are covered by a tree or some other type of obstruction, they produce less power or very little of it because of diffused radiation.

How much of impact?

Every solar panel comes with a label rating its efficiency, most commonly from 250 watts and up. This number comes from tests done at the factory where the module is subjected to light at an intensity of 1000 watts per square meter at room temperature.

That would be at optimal condition. But in the real world, those panels suffer a slight drop in power output. If you add shading to that, and that shade covers the entire panel, a 300 -watt module can produce as low as 20 watts, so you’d be losing almost 95% of its efficiency!

But it’s not just one panel that gets affected by shade.

Typically, in residential installation, solar modules are grouped together to form arrays which are linked together by a string inverter. The photovoltaic (PV) panels absorb sunlight and turn it into DC (direct current) electricity and send it to the inverter that changes it into AC (alternating current), which is what most appliances use.

If one or more panels in a string are shaded and thus lower their output, and they are connected to a string inverter, it lowers the efficiency of the entire array to the output of the affected panel. But not only that, the voltage bias of the shaded cell is reversed, and it consumes the power generated by the whole string through dissipated heat. If you don’t change this fairly quickly, the heat may damage the shaded cell.

This can have serious monetary consequences. The lower electricity production means lengthens the system payback period.

However, the obstruction doesn’t have to shade the entire panel for the module to be affected. Each panel is composed of dozens of cells (as low as 36 all the way to 144, but for residential and commercial projects, usually 60 or 72). Even if one or a few of those cells is obstructed from direct sunlight, the energy production of the entire panel will suffer.

However, many newer panels come equipped with devices called bypass diodes which minimize the effects of partial shading by essentially enabling electricity to ‘flow around’ the shaded cell or cells.

First and foremost, make sure the solar panels are placed under direct sunlight, without any obstruction. If there’s a tree or a chimney sending shade over an area of the array, you can speak with your solar installer to change the layout of the system.

Hahasmart has a price checker feature that will let you see - in a matter of seconds - how much it will cost to put a solar array on your home’s roof, including the approximate price of installation. All you need to do is put in your address and average cost of monthly electricity and they’ll recommend the correct solar power system for your needs. They also can recommend a design for that system.

Something else to keep in mind is to plan ahead. Maybe there’s no tree casting a shadow over your solar panels yet, but there’s one growing that will do that in the future. Solar system lifespans are typically expected to be over 25 years, during which time trees have plenty of time to grow.

If there’s no way to avoid a shadow, one way to solve the issue is to use microinverters instead of string inverters. Microinverters go on the back of every solar panel and change the DC energy to AC energy directly there. Or, if you still have a string inverter, you can combine it with an optimizer which will do exactly the same. This allows for the panels to act independently of each other and the lower output of one module will not affect the rest.