Solar panels and the beach, a good combination? 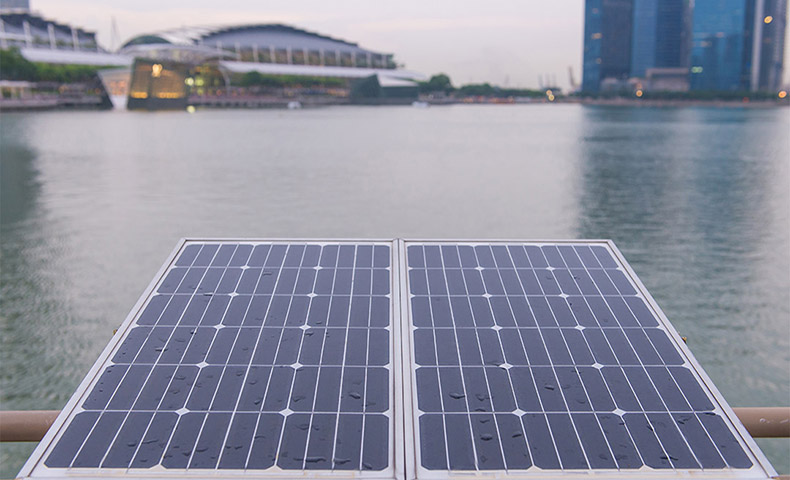 Are Solar Panels and the Beach a Good Combination?

Oh, the relaxing sounds of the waves and the ocean.

For some, that salty, misty environment is truly heaven on earth, but not so much if you’re a solar panel.

People think of corrosion as rust on cars or oxidation that blackens silver, but it also harms critical electronics and connections in solar panels, lowering the amount of electricity produced.

As with anything metal, solar panels are also susceptible to suffer from corrosion on the coast.

Corrosion is no small problem. A study by the National Association of Corrosion Engineers, backed by the Federal Highway Administration, estimated corroding metals in various industries, infrastructure and manufacturing cost $276 billion annually.

Wind and waves can cause sea spray to be carried well over 300 feet, so even if your house is literally not touching the water, the ocean is still reaching you.

If you live by the ocean and want to put solar panels on your roof, you need to make sure that they are suitable for use by the seaside.

Solar panels are designed to last for decades and the cells' electrical components are protected from corrosion by encapsulating polymers, sealants and glass.

In order to achieve this, the components of panels (the glass layer, the solar cells and the back sheet) are laminated under vacuum.

The blog Greensolver.net also notes that if the lamination process has been not done properly or was too short, this can lead to delamination during operation. Delamination is the detachment of the laminated components. Delamination – but also incorrectly fitted module trim, for example – can cause moisture to penetrate or bubbles to occur. Moisture leads to corrosion, which becomes visible as darker spots on the panel.

“This often starts at the edge of the panel and can – depending on the severity – spread across the rest of the panel. Corrosion on the metal conducting part of the panel – in particular – will lead to significant reduction in the panel’s production. The panel’s production will decrease in direct correlation to the size of these darker (corroded) areas. Frameless/thin-film PV panels and panels manufactured based on glass substrates in particular can also suffer from moisture and corrosion problems,” the blog points out.

Also overtime, water vapor and corrosive gases can permeate solar panels placed near the beach as materials and packaging degrade.

This means that unless there’s cracking on the panels, the interior components should be protected for a long time.

Also, the International Electrotechnical Commission (EIC) has set a salt mist resistance for solar panels. Those that receive this certification have passed rigorous tests that simulate the effects of salt mist and harsh coastal weather.

Some solar systems have additional water-resistant or de-icing coatings which help prevent damage to the electronics from salt and water. Salt water air will also condense and leave salt on your panels, so you will likely need to clean them more frequently.

For instance, solar panel frames are almost all made from anodized aluminum, a highly corrosion-resistant metal. And racking equipment usually gets this treatment as well. This forms a hard-protective shell that prevents the aluminum against oxidization (rust).

Salty ocean water can also affect the electrical wires and contacts in the solar panels and its junction box. The best way to protect them is to seal up the panel so the salt water doesn’t get in.

The same can be said of inverters. If you live near the beach, it’s best to place it inside a cool garage or protected by some form of housing such as hood or cabinet.

The fact that you now have solar farms that sit on water, or the popularity of solar power systems in Puerto Rico, Hawaii and Florida, where they are undoubtedly bombarded by sea breeze and splash proves that solar panels can be very resistant to corrosion and another upside to their use.

Indeed. According to an article in Scientific American Magazine, Japan has more than 60 floating solar system installations, the most of any country in the world. China, a bourgeoning giant in renewable energy, claims the world’s largest array. That facility, which went online in 2017, floats atop an artificial lake created from a collapsed coal mine near the city of Huainan. The 166,000 panels can produce some 40 megawatts, or enough electricity to power about 15,000 homes. A 2018 World Bank report estimated the global potential for floating solar arrays on artificial water surfaces would exceed 400 gigawatts.

Closer to home, the San Francisco Public Utilities Commission announced earlier this year that by the end of 2019, there will be a total of 27 solar energy facilities that can generate up to 8.7 megawatts (MW) of energy.

One of those is the North Point Solar Photovoltaic facility at 111 Bay Street with capacity to generate 241 kW.

“Adjacent to Pier 39, two separate building roofs were used to provide supplemental solar PV power to this important agency facility. This building complex serves the residents of San Francisco during wet weather by treating wastewater and storm water. The equipment was designed to resist corrosion from the salt air and other harsh environmental factors,” the utility notes.