Do you need solar trackers? 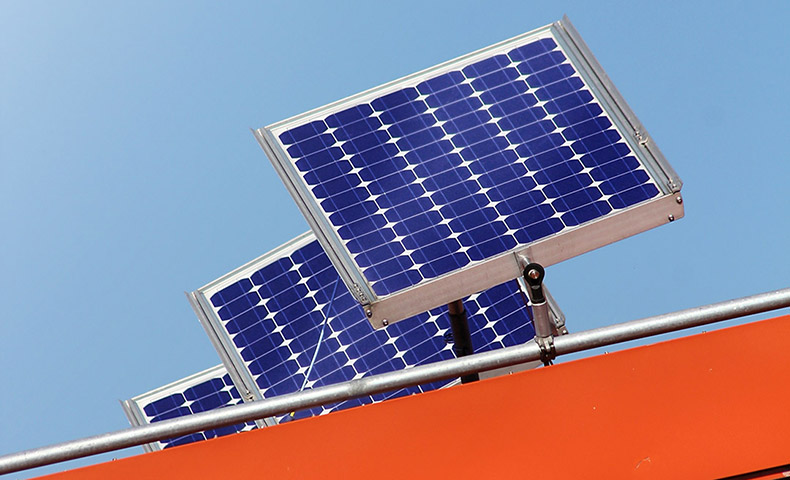 According to the Solar Energy Industries Association (SEIA), in 2015, Bob and Amanda Montgomery of Sullivan, Illinois installed three ground-mounted solar trackers in their property that generate over 30,000 kWh per year, covering 100 percent of their annual electricity needs.

Even more, the solar tracker project allowed the Montgomerys to install a geothermal heat pump to tap the earth’s energy to assist with the home’s heating and cooling.

Those interested in the installation of solar panels on their home to lower their electricity bills surely will get quotes from reputable solar companies that will give them an estimate of their power needs and the number of panels they will need.

The design of their solar system also depends on their location and the sun-peak hours there, that is the amount of total hours in a day where a location would have an average solar irradiation of 1,000 watt per square meter.

If you live in the Southwest, the most sun-peak hours in a day fluctuate between 5 - 7.5, depending on your location. The NREL offers a solar map with more detailed information on your area.

Knowing this is important because solar panels produce electricity from the photons present in natural daylight, not the sunlight itself. The amount of heat generated by the sun (how hot a day may be) has no real bearing on the amount of power generated by those panels. For example, a bright yet cool spring day can be as productive as the hottest summer day.

In fact, solar panels will continue producing energy even in cloudy days, albeit at a reduced rate - somewhere in the 25-40 percent ratio.

That’s why solar panel placement is critical when setting up your solar system, so you can take advantage of the maximum amount of the sun. For the most part, those panels should be installed facing south, but the solar installer you contract should provide you with a recommendation for your individual needs.

But want if you want to take advantage of the maximum amount of sunshine to power your solar system? Perhaps you want to be like the Montgomerys and go off-grid, completely depending on your solar panels for your energy needs? Then a solar tracker might be a worthy investment.

What is a solar tracker?

A solar tracker is precisely that, solar panels that come with a device that automatically tracks the sun throughout the day, increasing solar power system output by as much as 30 percent.

There are also single and dual-axis trackers. The former will follow the movement of the sun in one direction; dual-axis may also change the tilt of the solar array throughout the seasons for maximum sun exposure. Depending on the one you select, they may add a 5 - 10 percent performance to your solar panels.

As you can imagine, active solar trackers are more expensive than passive ones, but also help generate more electricity.

Solar trackers can also give you an upper hand if you’re still tied to a utility that offers Time of Use (TOU) rate plans for solar power, where they purchase the energy generated during the peak time of the day at a higher rate. By generating more power at those times, you’ll be able to sell more of the extra electricity you generate but don’t need.

But as with anything, there are drawbacks. As you can imagine, they can be slightly more expensive than stationary solar panels in terms of actual product price and installation costs. And because of their complex technology and added parts, there’s generally more maintenance required.

Also, they tend to be bigger and heavier than regular solar panels and are not recommended for rooftop projects, mostly ground-mounted, which means you need more space in your property. Also, more site preparation may be needed, such as additional trenching for wiring and other needs.

Another factor is that they are often linked to higher altitudes such as the upper Midwest, where the position of the sun fluctuates more.

Due to all of this, they are typically recommended for commercial rather than residential solar projects, although it doesn’t mean that you shouldn’t consider them.
Solar trackers may be the right fit for you if you have the proper area and budget, and if you want to take maximum advantage of the power of the sun in generating your own electricity.