Are thin-film solar panels a good option for your home? 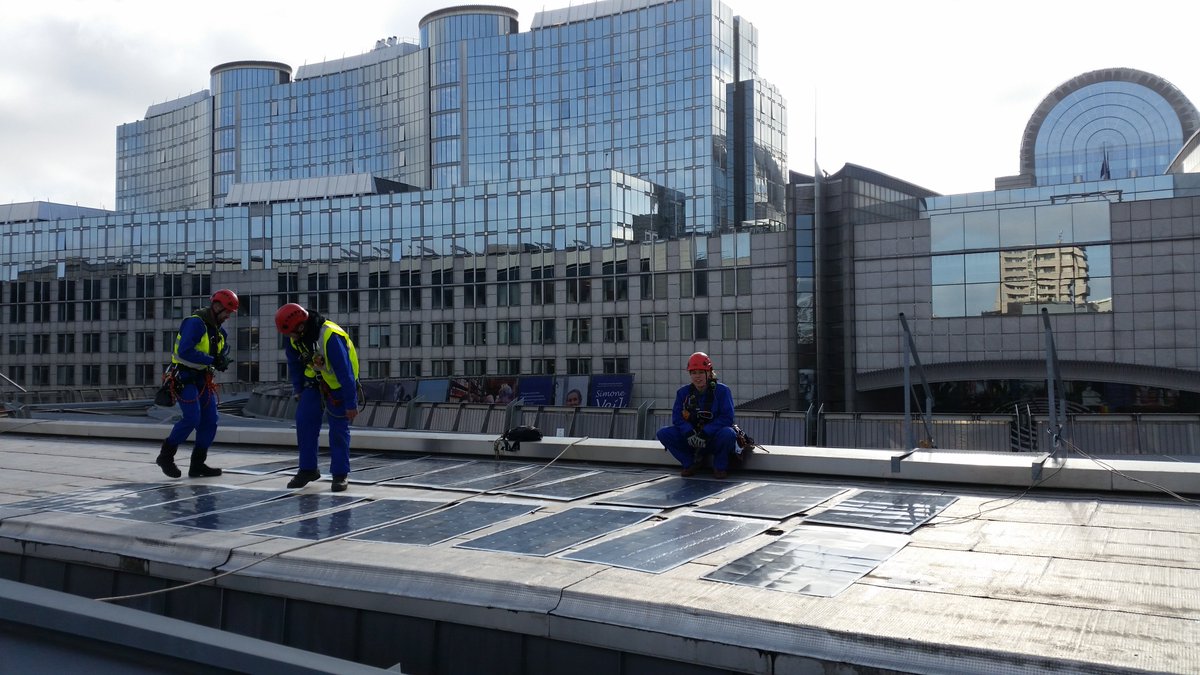 They’re flexible and lightweight. The European Parliament has them. And more than 2,000 of them are part of a solar farm in Tallahassee, Florida.

They’re thin-film solar panels which are made with solar cells that have light absorbing layers about 350 times smaller than that of a standard silicon panel.

Advances in technology usually lead to a smaller size, decreased weight, new features, improved lifespan, or lower costs depending on the product. Solar panels are no different. The design of today’s solar panels is a great improvement than that of their predecessors. And they cost less too, which makes them more affordable to homeowners.

One advance in solar panel technology is the introduction of thin-film solar panels.

However, thin-film solar panels are not new. They’ve been around since the 1970s. If you had a solar-powered calculator back in school, you have seen these panels in action.

Thin-film solar panels are differentiated by the type of substrate that is used in their manufacturing. There are four types of substrates used, including: Cadmium telluride (CdTe), Amorphous silicon (a-Si), Copper indium gallium selenide (CIGS) and Gallium arsenide (GaAs).

They are easy to transport. Thin-film panels can be rolled up, much like sleeping bags.

Also, they are generally immune to problems from shading or obstructions and low-light conditions generally don't hinder their performance.

Another advantage is that they perform well in indirect light. That means they can work well on roofs that face north, or east/west, instead of south, as is recommended for standard, bracket-mounted solar panels.

In addition, their performance is not hindered by exposure to high heat. Regular solar panels that overheat won’t perform as well.

But they also carry drawbacks:

If the thin-panels contain toxic cadmium, their impact on the environment increases instead of decreases because cadmium is a chemical known to cause cancer.

They are not as efficient as traditional solar panels are for residential use, where PVs in the traditional range between 13-19 percent efficiency and thin-film average between 4-12 percent

A larger area, possibly up to 50 percent more is needed depending on project size to allow for more thin-film solar panels

While labor costs are reduced, special installation materials may be required

If you’re thinking about putting solar panels on your home, but are not sure about their weight and don’t want to deal with the complexity of a traditional racking system to install them, you might think that these thinner panels would be the best option. However, thin film solar panels are mostly recommended for commercial uses.

Part of the reason is that, as mentioned above, their energy output is smaller and thus, they require larger installation areas to make up for it. And due to the number of panels required for this type of system, associated costs are also higher because you'll need to purchase more support elements, cables and so forth to accommodate your energy needs.

Because of this, they are more geared for large buildings. And because of their flexibility and lightweight, they’re perfect for round or odd-shape structures and roofs.

Also, given that their electricity production is lower, that will certainly impact your solar system’s size.

But they could be a good option if you have a bigger house with plenty of space on the roof, or if the look of traditional solar panels is a turnoff for you.