Solar panels and blockchain unite to power the people 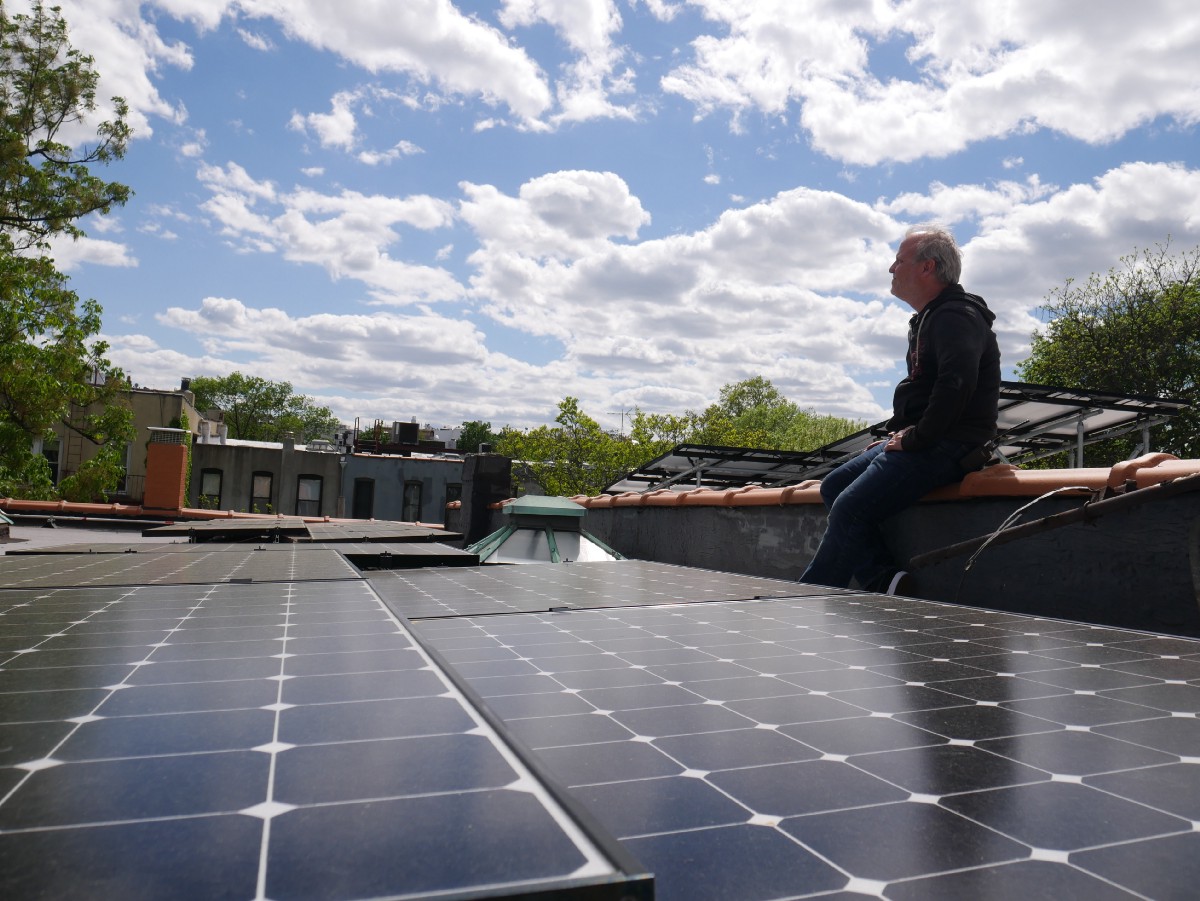 Solar panels and blockchain untie to power the people

It’s been done in Japan, and now in a Brooklyn, New York, and it could be coming to a neighborhood close to you in the near future.

The vast majority of energy produced around the world still comes from plants that rely on coal or other fossil fuels.

But that’s not healthy for the environment. The installation of solar panels in your home reduces the dependence on this non-renewable energy, saving you money by lowering electricity bills and dependence on utilities.

However, even if you’re producing solar power in your home, you’re still tied to the utility and an electrical grid.

Now some small solar projects are changing that.

Buying electricity from your neighbor

One of these test models appeared in Japan where it links 100 solar rooftops.

A similar project in New York called the Brooklyn Microgrid, which began in 2016 among two residents, now allows a neighborhood of approximately 130 homes (some with photovoltaic solar panels and others without it) to trade and sell electricity among themselves.

A solar microgrid is a local and independent energy system that can generate, distribute, store and regulate the flow of electricity. Think of them as energy islands in a vast sea of electricity.

Experts say microgrids - which are still connected to a utility - minimize the amount of energy lost through transmission; an estimated 5% of electricity created in the United States is lost in transit, according to www.power-technology.com.

Stating that “the future of energy is local,” the website of the Brooklyn Microgrid explains that “participants can engage in a sustainable energy network and choose their preferred energy sources, locally.”

Each member of the Brooklyn Microgrid has a transactive grid element (TAG-e meter), which measures production and consumption of energy and shares that date with other nearby meters.

Prosumers (sellers) sell their excess power at a discount to neighbors. They set their own rates, eliminating the need for them to be tied to an electrical grid.

They do these transactions through a mobile app. Buyers access the app and select their energy sources, set their daily budget for purchasing local energy and put a bid on the energy; they get selected through an auction.

The app also allows users to vote on where they think energy assets might get placed in their neighborhood. Say, for instance, putting solar panels on a school or community center.

“It’s important to me that I’m involved with this Brooklyn Microgrid community because it’s a ground level approach to establishing something that’s gonna be much more common in years to come,” says Daniel Power, one of the participants in the project.

The payment for the energy is conducted through a blockchain, a system in which a record of transactions is securely maintained cryptographically and available across several computers linked to a specific network.

Blockchain began in the world of finance for transactions using bitcoin and other cryptocurrency. It is now expanding into a number of other industries, including solar energy transactions. There are already at least three experiments in Japan.

The creators of the Brooklyn Microgrid say the project “allows solar panel owners (to) earn revenue from their solar systems, making the systems more profitable and encouraging others to install solar panels.”

Participation in the project is free. People only pay for the energy they consume.

Profiting from your solar panels

After the installation of solar panels in your home, you will be connected to your local utility through net metering, which measures the amount of power you exchange with that electrical grid. If your solar system is not able to produce all the power you need, you will get it from the utility; if your produce excess electricity, the utility buys it from you.

But often, the utility doesn’t pay for your electricity outright. Usually, it deducts the amount from your bill, as you still have to pay some fees each month, and annually.

And because you’re connected to the utility, you are still subject to their power ups and downs. Connecting to a microgrid reduces this dependence.

The Brooklyn Microgrid is not live yet. They will do a test run this year and, if successful, could disrupt the old way of getting your electricity.

Some say it could start a renewable energy revolution, reducing solar power costs for sellers and buyers who also share in the environmental benefits of solar energy.