How much solar power do I need to run my appliances? 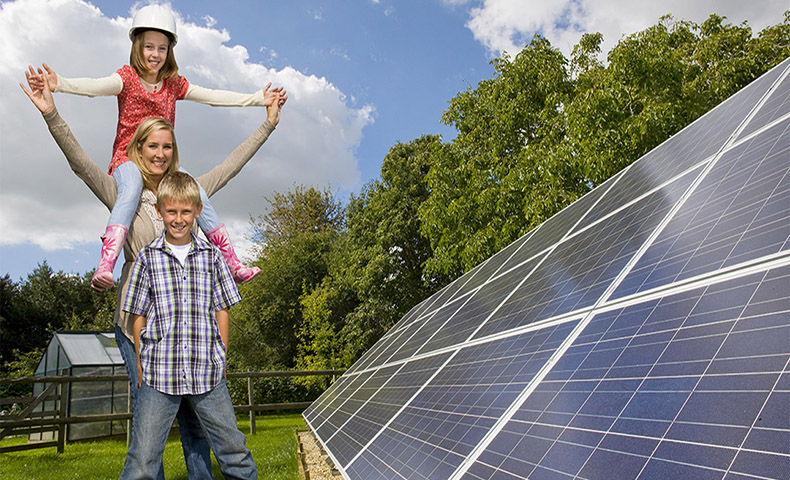 How Much Solar Power Will You Need to Run Your Appliances?

You’ve heard of gas guzzlers, cars that burn your wallet with how fast they burn the fuel you put into them.

And just like on the road, you’ve got a few energy guzzlers at home too, appliances that take a lot of electricity to run. And if you are planning on making the switch to renewable energy and installing solar panels in your property, you’ll want to know the culprits.

And if you already are running solar energy, you want to keep track of where that power is going.

One of the higher energy guzzlers is a much necessary member of any household, the refrigerator.

According to different studies, the average refrigerator takes about three or four average solar panels to run.

However, there are a lot of factors to consider.

Two homes with the same number and type of appliances may use power in a completely different way, just given by the living habits of the people living in them.

Say for instance, no one’s home for much of the day; they’re either at work or school.

Or, on the other hand, you work from home part-time and head to the offices only once or twice a week.

Energy consumption will be very different from that of your neighbor.

It also depends on how much food you keep in your refrigerator, its age and how long you leave it open.

A good, efficient average solar panel generates about 30 kWh in an average month. An average refrigerator uses an estimated 57 kWh; the freezer about 58 kWh (115 total kWh) every 30 days. If you divide those, it will give you an average of 3.83 solar panels.

But what would a snack be if you can’t enjoy it in front of the tube, right?

Televisions are getting ever bigger and cheaper, with better quality and sound to binge watch your favorite shows.

That’s why according to a Nielsen report, U.S. adults spend an average of 5 hours watching television every day.

A 60-inch television uses approximately 29 kWh of electricity per month, but as we all know that set doesn’t come along; there’s also the cable box and other gadgets attached to it that on average add an extra 23 kWh every month (for a total of 52 kWh). Dividing that by the 30 kWh, gives you an approximate 1.7 or 2 solar panels to watch that game or movie that left you speechless.

Another appliance combo is the washer and drier, which account for an estimated 63 kWh every moon cycle. Thus, they will require about three solar panels to run.

If you live in a hot climate region (like the San Fernando Valley near Los Angeles on a hot summer day), you know you can’t live without A/C. Last year, this region recorded one of the hottest summer days ever when temperatures hit 117 degrees.

Central air conditioners are by far the most expensive electricity item in your home, if you have them, using about 3.5 kWh for every hour they run. Each of your solar panels will only be able to power You’re A/C for approximately 8.5 hours. If you’re running the system four hours a day (and you know that’s not enough), you’ll need a little more than 14 solar panels to cover that monthly usage.

By the same token, space heaters also need a lot of power to run and generate that warmth.

Those are items that use electricity even when they’re “off” by going into standby mode.

According to the Department of Energy, vampire appliances and electronics account for 10% of energy used in an average home. That’s a whopping 52 billion kWh per year or about 26 average-sized power plants.

The top five energy vampires are computers, modems, routers and other related equipment, followed by instant-on TVs, surround sound systems, cable or satellite boxes and things with a continuous display such as a clock or microwave.

This is because even when turned off, these devices still use a small amount of electrical load on a constant basis, which adds up. For example, your TV needs it to turn on instantly when you press the power button on your remote control. Or phone and laptop chargers that are getting electricity when plugged in, even if you’re not using them.

To stop these energy vampires, it is recommended you unplug them when not in use. You may also use power strips to turn off electronics plugged into them.

A knowledgeable solar panel installer will usually ask you questions about your energy habits and review your electricity usage to recommend the right amount of solar power you’ll need to keep your household running.

After all, there’s so much to watch on Netflix in these days.