How much solar power do you need to run an electric vehicle? 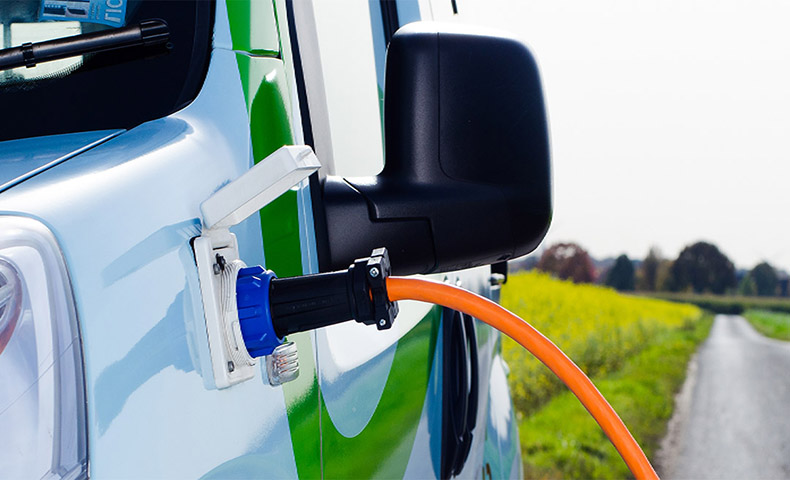 How Much Solar Power Will You Need to Run an Electric Car?

They are quiet, good for the planet and cool.

Contrary to what you may believe, electric vehicles are not a new phenomena. They’ve actually been around for about 100 years.

But gas price increases, shortages and environmental concerns have sped their growth recently. That and the arrival of new, cheaper, and better performing and looking models than ever before.

The latter are getting more and more attention currently, as gas prices continue to climb across the country.

As of today, the average price of a gallon of regular gasoline in Los Angeles County was $3.727 dollars, the highest amount since November 13, according to the Automobile Club of Southern California.

Last year, according to Inside EVs, there were over 361,307 electric vehicles sold in the United States - an 81 percent increase over 2017.

And they come with an array of federal and state incentives to make them more appealing. For instance, California - which boasts the largest stock of plug-in electric vehicles - offers a $2,500 purchase rebate through the Clean Vehicle Rebate Project (CVRP). Electric vehicle buyers also get a $7,500 federal tax credit.

But if you have a home solar energy system, the question arises, do I have sufficient solar panels to power a plug-in electric vehicle?

The U. S. Energy Information Administration estimates that the average US home uses 10,404 kWh of electricity each year. With 1 kW of solar panels producing about 1,600 kWh per year on average in the US, the average home would then need a 7.5 kW solar installation.

With the typical solar panel around 275 watts, the average home would then need about 28 solar panels to cover 100% of their electricity use with clean solar energy.

To charge your EV with your residential solar system, you need about a fourth of that.

“For many people in relatively sunny places in the United States, six to eight 300 watt solar panels can produce enough electricity to drive your electric car 1,000+ miles per month, which is somewhere around the monthly average for driving in the United States,” according to solarchargeddriving.com

A solar panel installer can give you a personalized estimate of whether your domestic solar power system can withstand the addition of a plug-in electric vehicle, or if you need to install new solar panels on your home.

If you need additional solar panels to supply electricity to your vehicle, but don’t have more space on your roof, you might even consider a solar carport. These are overhead canopies in parking areas. The layouts and sizes vary depending on your needs and home design. While the majority of solar carports are currently found on commercial properties, they are also available for home installation.

And don’t forget the EV charger.

According to Plugincars.com, the average cost of a Level 1 home EVSE charger is between $300 and $1,000. This device supplies 240 volts of electricity, cutting down the time you need to charge your car at home and be ready when you need to head out to work, the school or head to the supermarket.

The Department of Energy projects that in the future, more than 90% of charging will take place in a residential setting, up from about 80% today.

Installation of an EVSE charger will add to your bill.

If you don’t have solar panels already installed in your home, the most cost-effective and easier way to handle all these parts is to install them at the same time.

Despite, these solar costs, experts note that it’s still cheaper to charge an electric vehicle than buying gas for a regular car. The average cost of electricity in the U.S. is 12 cents per kWh. And given that the average electric vehicle driver puts 15,000 miles per year on their car, they pay about $540 per year to charge it.

Compare that with a study done at the University of Michigan Transportation Research Institute, which found that given the $2.35/gallon price of gasoline and using a 15,000 mile annual range for a drive, equals to about $1,400 per year at the pump. Another advantage of solar power.

Of course, you can still charge your electric vehicle at the special parking stations equipped with chargers. Maybe your office building has several of these that go unused. Most of them (47,000) are free and their availability is expanding as more and more people purchase electric vehicles.