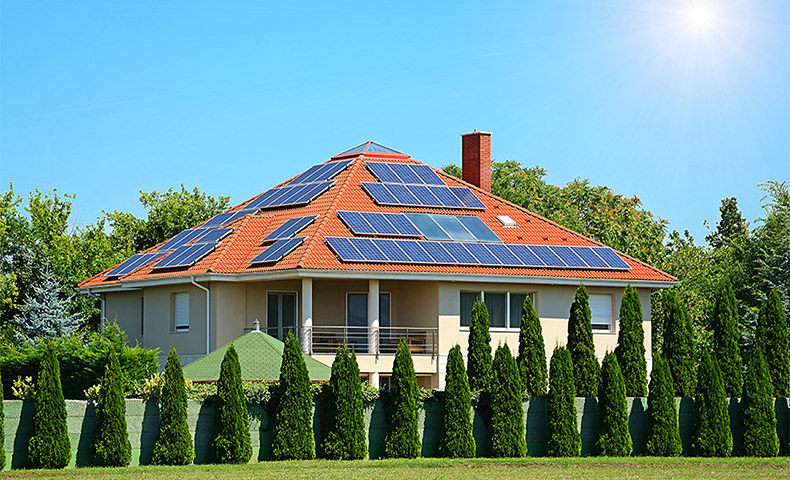 Because solar panels work even when it’s cloudy, many people assume that they must also work in shade. Unfortunately, that isn’t true. If shade is blocking out the sunlight, your panels won’t be able to efficiently work. Keep reading this blog to learn exactly what happens when shade is covering your panels.

Why solar panels don’t work in the shade.

While panels won’t completely stop working in the shade, they will work far less efficiently. The other huge issue is that if one section of your panel is consistently blocked by shade, the effects could transfer over to your other solar panels and could eventually cause your entire system to stop working. This is because of how they’re wired, wherein one panel consistently not working eventually causes the others to follow suit. Getting rid of the shade as quickly as possible is the best way to avoid any damages.

Things that cause shade to look out for.

When you install solar panels, there are several different things that cause shade that you’ll need to be on the lookout for.

The first is the most obvious and the most common: trees. Trees are such a common issue because while they may not be there when you install your panels, they could sprout up over time, creating shade cover in places where it wasn’t when you originally installed your solar panels.

Another common problem is actually other panels. Neighboring panels from next door can actually cause shade on the panels you have. This is usually an issue if you have ground solar systems.

Other parts of your roof can also cause shade to hit your panels. Things like a chimney or dormer can cause shade, especially at different times during the day.

We do also need to mention clouds. Even though it’s now becoming common knowledge that solar panels still work on cloudy days, it does need to be mentioned that they do decrease efficiency. It won’t greatly impact your energy production, but it is a source of shade that we should mention. However, the sunlight will still hit your panels, just like how you can still get sunburned even if it’s cloudy outside.

Solar inverters are a common solution for unavoidable shade.

Some people experience partial shade at various times a day no matter what. Because of this, solar inverters are a solution that prevents production lost from this partial production lost.

String inverters are the most used type of solar inverter, and it’s the worst for combating this problem. Remember how we mentioned that sometimes one panel not getting energy could wreak havoc on your entire system? That’s because a string inverter only works at the power of its weakest panel, meaning your shaded panel will bring your entire system down until it stops working.

Microinverters are the best for combating this issue and work like modern Christmas lights. If one light goes out, the rest stay on, because of the way the wiring is done. Microinverters are just like that. Even if one panel is covered by shade, the rest will operate just as they’re supposed to.

Power optimizers are basically a combination of the two types of systems. They are also good at combating shade issues, but they’re also slightly cheaper.

Want to learn more about how to have the most efficient solar energy system? Check out the HahaSmart blog!