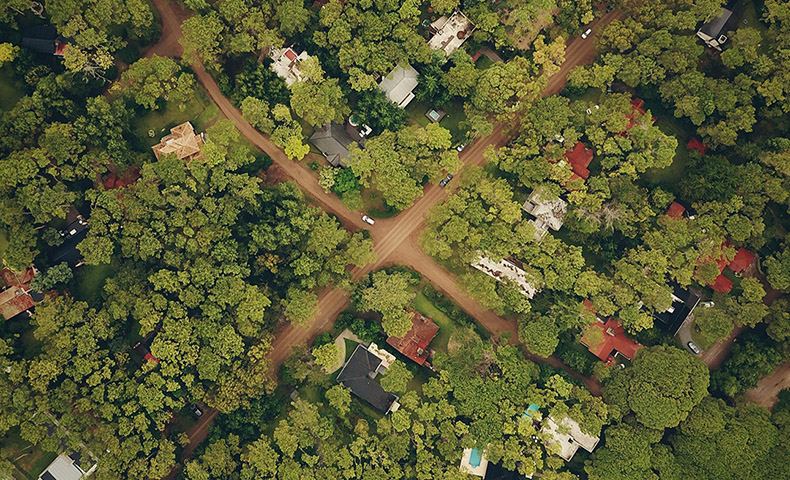 With the release of the UN’s climate change report, many people are now terrified about the effects air pollution is having on our environment. On top of that, pollution also causes horrible adverse health effects that are especially dangerous to the young and elderly. And on top of all that, it also causes acid rain. Acid rain sounds so scary, it almost sounds like something from a horror movie, not real life. But it’s very real, and it’s very scary. Let’s look at how solar can help protect you.

The burning of any type of fossil fuel does horrible damage to our environment and creates tons of pollution that penetrates our atmosphere. The combustion of fossil fuels releases an abundance of air pollutants, including particulate matter. This increases levels of smog, which contributes to the deterioration of vegetation, landscape and fauna – including human beings.

Incomplete fuel combustion creates carbon monoxide, a known health hazard for humans, animals and the environment. In fact, more people die from pollution than from murder, suicides, and car accidents combined. This means that even if you thought climate change was a hoax, it would still make sense to do something about pollution. After all, two of the most in danger groups are our children and our elderly. Unlike its infamous cousin carbon dioxide, carbon monoxide does not directly increase global warming. However, that doesn’t mean it isn’t dangerous.

How carbon monoxide is dangerous.

Carbon monoxide is like the cockroach of greenhouse gases. It can remain in the atmosphere for up to a month, travels long distance, and can even boost the concentrations of carbon dioxide, methane, and tropospheric ozone. In fact, all carbon monoxide needs is a lonely hydroxyl radical (OH) to quickly morph into the number one proponent of global warming – also known as carbon dioxide.

Sixty-four percent of sulfur dioxide emissions in the United States were attributed to fossil fuel combustion in 2014, while fossil fuel-powered transportation is the number one contributor to U.S. nitrogen oxides emission – another byproduct of fossil fuel combustion, which also contributes to smog and acid rain. Even if for some strange reason you don’t care much about the environment, rest assured that the emission of nitrogen oxides can be just as detrimental to you as to the ecosystem and can cause chronic respiratory diseases, bronchitis and asthma.

The terrors of acid rain.

It’s easier to see the detrimental effects of acid rain in aquatic environments. Some fish may not tolerate acidic waters, some fish eggs may no longer hatch, or an entire type of aquatic food supply might become poisonous. But this isn’t just a problem for fishermen or for sushi lovers: don’t forget that everything in an ecosystem is connected. Lakes turn into rivers, which turn into streams, which water the forests of our lands– where all of the animals live in soil contaminated by aluminum and nitrogen, once again because of acid rain. In the end, we’re left with impaired ecosystems and damaged trees with destroyed top foliage that can’t absorb enough sunlight to stay healthy.

Let’s not forget that coal-fired power plants are the largest source of mercury emissions in the United States. Mercury washes into lakes and rivers, accumulated in fish and infiltrates the food chain for birds and other animals, including human beings.

So how many of these harmful chemical compounds get released into the environment by the use of solar power and other renewable energies? The answer is zero, making solar energy the solution we need to get rid of this problem.

Want to learn more about how solar is the solution we need to saving the environment? Check out the HahaSmart blog for more information!