Should You Buy a Rooftop Solar System or Join a Solar Farm? 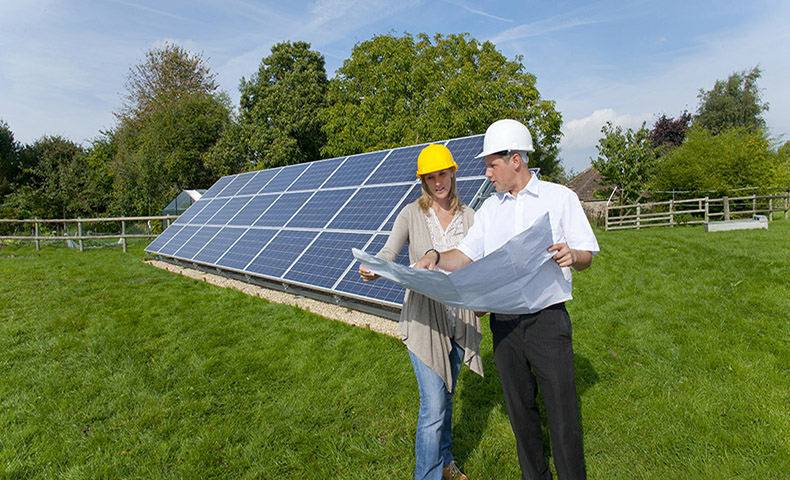 Should You Buy a Rooftop Solar System or Join a Solar Farm?

Community solar is on the rise, with more and more people discovering that they don’t have to have solar panels physically on their homes to invest in solar. This is great for people with apartments or people who rent, but what about people who own their homes? Should they also join a solar farm, or are they better off adding solar panels to their rooftops? In this article, we will explore the advantages and disadvantages of each choice so that you as a homeowner can make the right decision for your home.

Installing Solar to Your Home

Rooftop solar is achieved by adding photovoltaic solar panels to your roof in order to generate energy directly into your home. The great thing about rooftop solar is that you can sell back any extra energy you generate to your utility company, so it’s a great advantage to install more panels than you actually need. If you don’t produce enough, you pay that to the utility company on an electric bill, just like you do right now.

How a Solar Tower is Different

Solar farms have things called solar towers which are motorized to follow the sun and generate the maximum amount of energy possible. They also are installed on massive, empty plots of land and don’t have to deal with the same efficiency issues (position, tilt, shade, etc.) as a rooftop solar panel would. Like with rooftop solar, the power is transferred through the grid, winding up directly into your home.

Why You Should Choose One

Regardless of which one you choose, the goal of renewable energy is being achieved either way.So you should choose one or the other, but shouldn’t decide you don’t need either one.

Solar Towers Have an Aesthetic Advantage

One of the advantages solar towers have over rooftop panels is that they won’t be place on, or even near, your home, so you won’t have to worry about them ruining the aesthetics.

One downside to solar farms is that they take up a lot of land that could be used for other things like stores, restaurants, museums, etc. Rooftop solar is the better choice if you’re worried about solar farms taking up land, as they go right on top of a building that already exists and won’t use up any additional land.

If you install rooftop solar, it is your responsibility to make sure everything is functioning optimally and that your panels are being cleaned on a regular basis. A massive benefit with solar farms is that someone else will do all that maintenance for you, so you won’t have to worry about it nearly as much.

Solar farms are able to generate the same amount of energy as rooftop solar for half the cost. While the initial cost to set up each type of system is roughly the same, the savings over time from a solar tower are much more than with a traditional rooftop solar system.

Which One is Right For You

All in all, a rooftop system will be your top choice if you don’t want to take up additional land. However, when it comes to which one has more benefits, solar farms come up on top.

Want to learn more about all the different ways you can bring solar into your lifestyle? Check out the HahaSmart blog for daily updates!