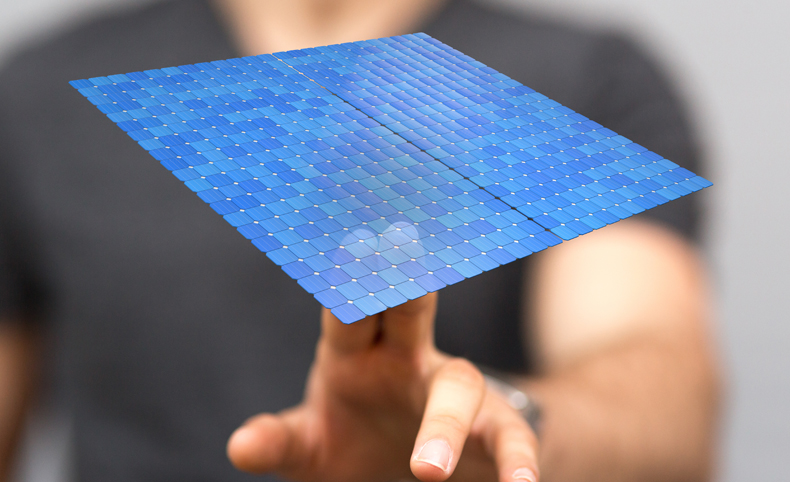 Perovskite solar cell developer Oxford Photovoltaics just reported a new perovskite tandem solar cell record with an efficiency of 27.3 percent. This is significant for two reasons, first, this is a breakthrough in efficiency for any solar panel material, and second, it is important to know about new materials because they aren't relevant until suddenly they are.

What is a perovskite solar cell?

A perovskite solar cell is a type of solar cell which includes a perovskite-structured compound, most commonly a hybrid organic-inorganic lead or tin halide-based material, as the light-harvesting active layer. Perovskite materials such as methylammonium lead halides are cheap to produce and simple to manufacture.

Solar cell efficiencies of devices using these materials have increased from 3.8 percent in 2009 to 22.7% in late 2017 in single-junction architectures, and, in silicon-based tandem cells, up to 26.7 percent and 25.2 p[ercent in 4-terminal and 2-terminal configuration respectively. And now with the 27.3 percent record.

Perovskite solar cells are therefore the fastest-advancing solar technology to date. With the potential of achieving even higher efficiencies and the very low production costs, perovskite solar cells have become commercially attractive. This could mean a shift in the market, just like when polycrystalline solar cells burst onto the market and then took over as the dominant type of residential solar panel. If the material is inexpensive to produce, and the efficiency is higher than other panels, then it is only a matter of time before we see these dominate the market.

Recently, the company highlighted that it had produced a 1 cm2 perovskite-silicon two-terminal tandem solar cell with a verified conversion efficiency of 25.2 percent, through an ongoing collaboration with Helmholtz-Zentrum Berlin (HZB) and the Photovoltaics and Optoelectronics Device Group at the University of Oxford, led by Professor Snaith.

Oxford PV is currently scaling its perovskite-silicon solar cell technology from the lab to high-volume manufacturing capability as it bids to license the technology to mainstream PV cell manufacturers.