Wind and solar plants in the Sahara 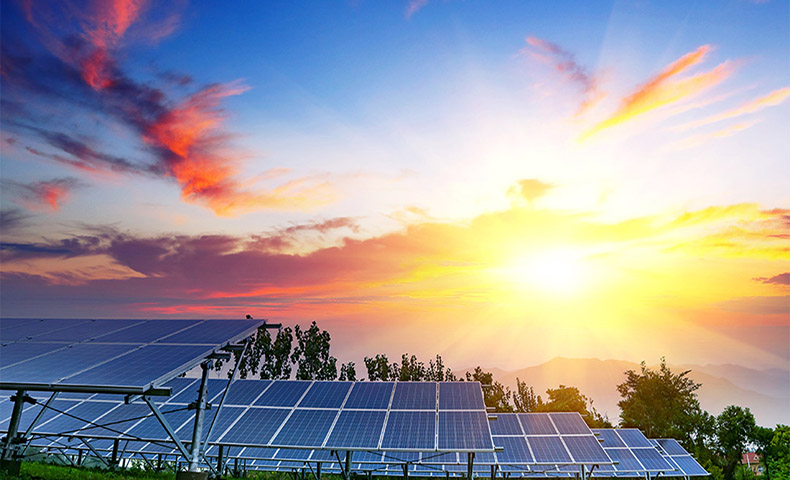 Wind and solar plants in the Sahara

Installing massive fields of wind turbines or solar panels in the Sahara desert could turn parts of the arid landscape green, according to a new study.

Scientists have predicted that shifts in the local environment triggered by these structures could bring rain to the desert and improve conditions in some of the world’s most inhospitable regions.

It is generally agreed that universal renewable energy will be essential to curb carbon emissions from fossil fuels and avoid catastrophic climate change.

However, when deployed on the kind of massive scales required to power the world, these developments could have unintended consequences. Scientists predict that when sufficiently large arrays of wind turbines and solar panels are installed, their presence could change the reflectivity of the land and movement of air currents. Wind farms mix warmer air from above with cooler currents lower down, and solar panels prevent sunlight from being reflected back into the atmosphere. These effects have the potential to change the local climate, and as climate change is the very thing renewable energy is meant to avoid, there is a need to understand the implications of this phenomenon.

“We want to investigate if we build such large wind and solar farms in the Sahara that can provide enough clean energy to meet all human energy demand, what their impact on regional climate would be,” Dr. Yan Li from the University of Illinois told The Independent.

Dr. Li and his team used a simulation to predict the impact of massive renewable energy projects in the Sahara and the neighboring Sahel. In principle, this area would be ideally placed to house such a project, as it is sparsely populated and well placed to supply the growing energy demands of Europe, Africa, and the Middle East.  The researchers found that, when installed on a large enough scale, both wind and solar infrastructure would trigger feedback loops that bring more rainfall and promote the growth of vegetation in the desert. In a region that is already feeling the effects of global warming as the Sahara desert creeps further into the fertile lands bordering it, the scientists say the net effect would be surprisingly positive.

“Precipitation increases predicted by our model would lead to substantial improvements of rainfed agriculture in the region, and vegetation increases would lead to the growth in production of livestock,” said Dr. Safa Motesharrei, a University of Maryland systems scientist and a lead author of the Science paper discussing these findings.

“The Sahara, the Sahel, and the Middle East include some of the driest regions in the world while experiencing high growth of population and poverty.

It is clear from this data that solar is the solution the whole world is counting on. We can no longer afford the luxury of fossil fuels, which are causing disease and destruction faster than solar and wind plants can come online. In order to really affect the global climate, we will need millions of home and business owners to install solar power systems for their homes. The momentum is moving in the right direction, but fossil fuels are still the dominant energy source. The onslaught of alternative energy technologies is providing hope for ecologically conscious individuals who are tired of polluted air and water. By joining together and communicating their passion for renewable energy, groups of like-minded folks can begin to battle the forces that have polluted our planet. As a financial investment, solar makes a lot of sense.

Please see our solar blog for more information and get on the solar bandwagon!