A Unique Link Between Solar and Bees 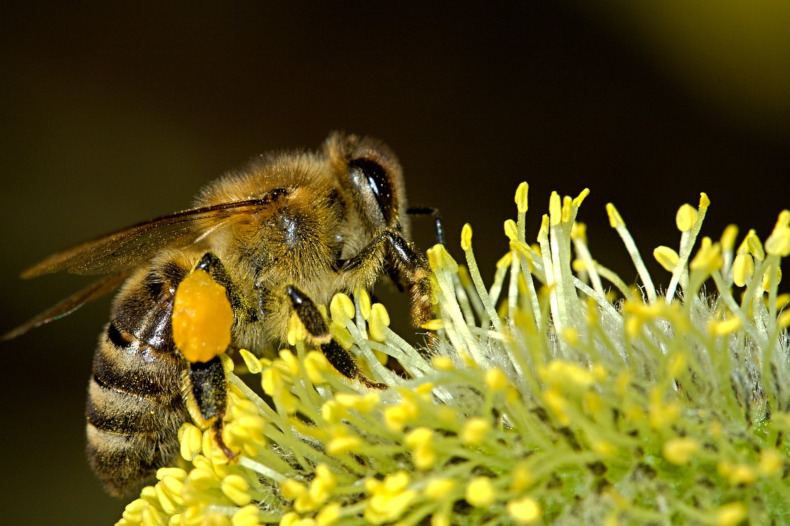 A Unique Link Between Solar and Bees

The bee crisis has been all over the news, and it’s been for good reason. While many people think the “save the bees!” declarations are dramatic, there have been seven species of bees added to the endangered species list as of September 2016. And while people may question how much bees actually contribute to our ecosystem, the facts cannot be ignored: bees not only pollinate 70% of our crops, but they are also a vital part of the food chain. Without them, that chain would collapse, which would end in a food disaster. While it may sound dramatic a claim to say that if bees die, humans die, it’s a dramatic truth. So, you may be asking what this has to do with solar, and it actually has a lot to do with it. Mainly, that we need to start creating bee-friendly habitats around solar farms.

Aside from the need for bee-friendly habitats on solar farms, it is also worth noting just how important solar is for bees in general. Climate change has had a dramatic effect on the bee population and is the number one thing causing concern when it comes to bees right now. Because of this, just investing in solar in general will have a dramatic influence on bee populations. Fossil fuels and their effect on the environment is the main reason we are as concerned for the bees as we are. Therefore, by eliminating them, we will begin to see the dramatic effects switching to solar will have on their population and how it will help to keep them alive and pollinating our crops for years to come.

A newer discovery is the ability to get more from bees by creating a habitat on the unused land beside solar panels. Not only is the land unused, but the location beside a solar panel is ideal because the land is already meant for the production of solar energy, meaning it’s the perfect place for agriculture to thrive. This will help both humans and bees and create a small ecosystem between the pollinator and the farmer. The solar panels will help with the agriculture, the agriculture will help the bees, and the bees will help the farmers by boosting the crop yields. This would mean that farms beside solar panels would actually be more efficient than traditional farms and create a new generation of agriculture focused on the pollinator and clean energy.

The Agriculture Won’t Affect the Panels

Some may be worried that the inclusion of these solar farms will have an impact on the panels themselves, but actually, they will have no affect on them whatsoever. The panels will continue functioning at the same exact efficiency, with the added bonus of farms that are able to grow better crops.

With bee species already on the endangered list, these pollinator-focused habitats would help restore their populations. With a focus on clean energy and crops catered to their needs, they wouldn’t suffer the ill effects of fossil fuel usage and would have access to plenty of plants to pollinate. This would not only increase their population but also help us.

Believe it or not, these farms would also mean savings for farmers, which would in turn mean cheaper crops for everyone. Because the land would be simultaneously used for solar panels and as farmland, there wouldn’t need to be costs specifically associated with one or the other, meaning it would be cheaper to maintain all around.

Want to learn more about the impact solar energy has on our environment? Check out the HahaSmart blog to get the scoops on all the ways solar energy is changing our world.