Solar and the electrical grid 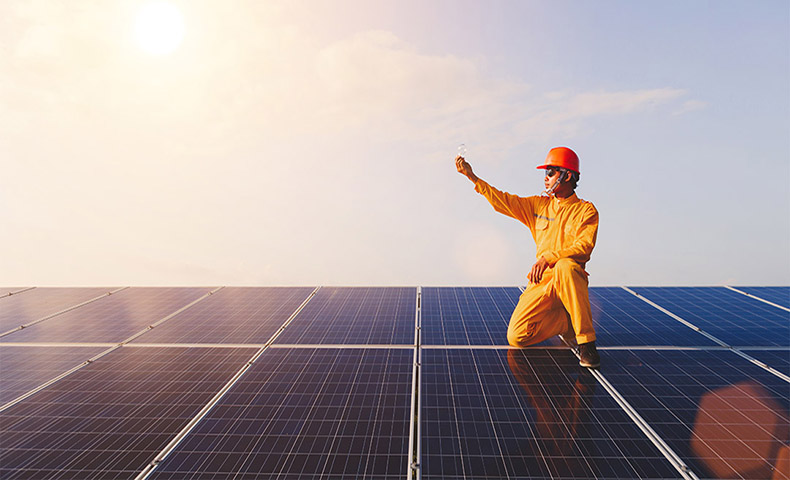 Solar and the electrical grid

News reports of global warming-related weather events continue to inundate the media. A heat wave of historic proportions is dominating the earth presently. Hundreds of people have died prematurely as a direct result of the record high temperatures. Is there an immediate solution to global warming issues? There is no solution that burns fossil fuels. Solar energy is now an efficient and inexpensive way to power your home or business. Solar panels are devices that turn light into electricity, They are called solar panels because the most powerful source of light is the sun. A solar panel is a collection of many solar cells. Multiple small solar cells spread over a large area work together to provide enough power to be highly efficient.

Solar Panels also are known as Photovoltaic cells which use some simple science to generate electricity. Whether on a solar-powered calculator or an international space station, solar panels generate electricity using the same fundamental principles of electronics as chemical batteries or standard household electrical outlets.

The basic element of solar panels is the same element that created the computer revolution – pure silicon.  When silicon is denuded of all impurities, it makes an ideal neutral platform for the circulation of electrons. This material is used to form the plates of solar panels.

Here’s where science enters the picture. Panels are created by combining silicon with other elements that do have positive or negative charges.

Solar panels and the creation of electricity

In order for electricity to flow, a positive charge must be formed. This is achieved in solar panels by combining silicon with an element such as boron, which only has three electrons.  A silicon/boron plate still has one spot left for another electron. This means the plate has a positive charge.  The two plates are sandwiched together, with conductive wires running among them. With the two plates in place, it’s now time to take in the ‘solar’ aspect. Natural sunlight sends out several different particles of energy, but the one we’re most interested in is called a photon.  A photon acts like a moving hammer.  When the negative plates of solar cells are directed at a proper angle to the sun, photons blast the silicon/phosphorus atoms. The power generated by one solar cell is not very impressive, but when all of the conductive wires draw the free electrons away from the plates, there is sufficient electricity to power low amperage motors or other electronics.  Whatever electrons are not used are returned to the negative plate and the entire process begins again.

Some solar power can be stored in chemical batteries, but there usually isn’t much excess power in the first place.  The same sunlight that provides photons also causes more destructive ultraviolet and infrared waves, which eventually cause the panels to degrade physically.  The panels are also exposed to destructive weather elements, which can also seriously affect efficiency. One of the main issues with using solar panels is the small amount of electricity they generate compared to their size.  A calculator might only require a single solar cell, but a solar-powered vehicle would require several thousand.  If the angle of the panels is changed even imperceptibly, the efficiency can drop 50 percent.