The truth about solar panels in hot weather 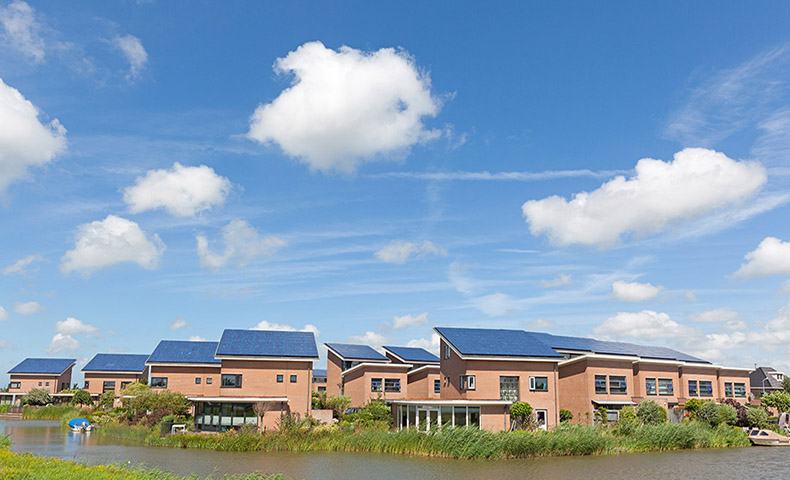 The truth about solar panels in hot weather

Solar panel efficiency is decreased in high temperatures. This to due to heat. The solar panels are getting blasted by so much energy, they cannot take it all in. Also, when electric things heat up they don’t work as efficiently because more of that electricity gets lost as heat. The optimal temperatures operate solar panels is 77 degrees Fahrenheit, or 25 degrees Celsius. When you move 10 or 15 degrees away from that optimal temperature, either way, the efficiency starts to drop. They are still efficient enough to completely power a home on the hottest day, they just aren’t as efficient.

Too hot to handle

Home solar panels are tested at 25 degrees C  or 77 degrees F, and thus solar panel temperature will generally range between 15 degrees C and 35  degrees C during which solar cells will produce at maximum efficiency. However, solar panels can get as hot as 65  degrees C where solar cell efficiency will be hindered. Install factors like how close the panels are installed to the roof can impact the typical heat of your solar system.

The majority of solar panels are composed of silicon photovoltaic cells, that’s shielded by glass and held with a metal frame. Those materials are comparable to the materials that make up the windows and frame of a car. When you want to understand how hot solar panels can get, think about a car that’s been sitting in a hot parking lot on a summer day. The windows and frame will be hot to the touch, but there’s little danger of burns or fire. The actual temperature that your solar panels will be at a given time varies significantly depending on air temperature, how close you are to the equator, level of direct sunlight, and roof material.

Just as with any other electronic equipment, solar panel performance does decline as they get hot. The laws of thermodynamics tell us that with increased heat comes decreased power output, and this applies to solar panels. Thus, warmer temperatures will always mean less output for solar cells, and this loss is quantified in a “temperature coefficient" by panel manufacturers, which varies from model to model.

How can you know what kind of output losses your panels are experiencing? Manufacturers rate their products’ susceptibility to a temperature in the form of the temperature coefficient, which is expressed as a percentage per degree Celsius. It is standard practice to test solar panels for power output at 25 degrees C. So, if a panel is rated to have a temperature coefficient of -0.50 percent per degree of Celcius, that panel’s output power will decrease by a half of a percent for every degree the temperature rises about 25 degrees C (77 °F). Although that number sounds small, the surface temperature of a dark-colored roof in the summer can be significantly higher than 25  degrees C surface of.

For more information, check this out.