What’s the shade on high-tilt modules? 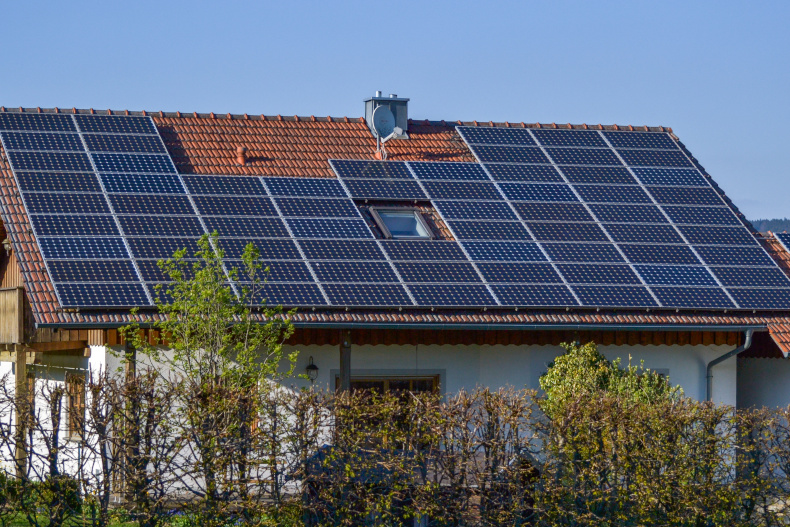 What’s the shade on high-tilt modules?

The 1 - 2 percent shade loss shows up in arrays with steeply tilted modules (30° or greater) on ground-mount solar arrays, regardless of spacing the rows.  When a designer attempts to increase row spacing, it can only go to a certain point that it doesn’t effect shade losses. This is called the “zombie” shading which is  very challenging to make disappear.

This “zombie” shading shows up for customers all the time. For projects in northern states, like Minnesota or Massachusetts this is especially the case. This shading is easily replicated by anyone with a steeply tilted array, not just some error caused by an installer. Given the geographic footprint, the shading was thought to be caused by latitude. At high latitudes, the sun’s energy comes in from lower angles. With lower sun angles, longer shadows come into play with deeper row-to-row shading, regardless of wide row spacing. With high-tilted designs, this same design applies in Charlotte. With an array further south, the shade losses at wide row spacing are the same! This proves that this loss isn’t from the sun angles at northern latitudes.

Getting a better understanding of the components of sunlight maybe clues to the origin of shade loss. There’s  two main parts of sunlight;  direct sunlight (beams from the sun) and diffuse sunlight (brightness of the blue sky). Direct sunlight provides 60 to 70% total sunlight, with diffuse accounting for 30 to 40%. But surprisingly,  there’s a third minor part that’s called albedo (the reflection from the ground). So the overall albedo number is always really small, typically 0.1% to 0.3% of total sunlight. The “albedo is tiny” changes the tilt up to 30°. When you tilt the array up at 30°, the plane-of-array albedo contribution to sunlight goes up 2%. As the plane-of-array albedo value increases, you’ll still have the first row of modules blocks the view of other rows. This causes albedo sunlight to immediately be lost and considered shade loss. This ground shading  accounts the “zombie” shade losses in high-tilt arrays.

Depending on the tilt angle, the lost albedo provides 60-90% of shade losses in these designs. So the reason for the zombie effect is that designers customizing high-tilt systems in northern latitudes, and the tilt made the albedo. Most arrays don’t even get much albedo to begin with. High-tilt arrays have a bigger plane-of-array albedo because of their tilt, but then immediately lose it from row-to-row shade. It’s just an accounting technicality.