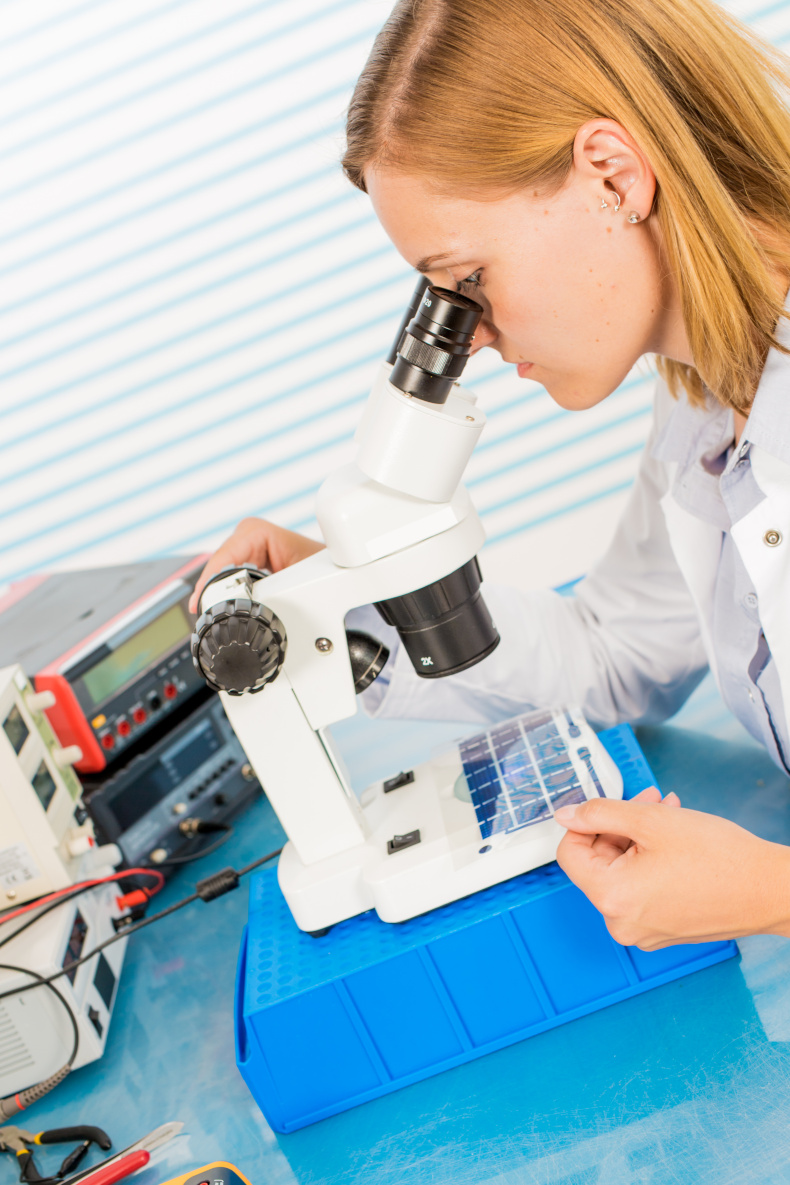 Depositing one or several thin layers of photovoltaic material to a  substrate is how thin-film cells are manufactured. They’re called thin-film photovoltaic cells (TFPV). The types of thin-film solar cells are categorized by which photovoltaic material is deposited onto the substrate: Amorphous silicon (a-Si), Cadmium telluride (CdTe), Copper indium gallium selenide (CIS/CIGS), and Organic pv cells (OPC). Thin-film module prototypes have efficiencies between 7–13% and production modules operate at about 9%. Future module efficiencies are expected to increase to approximately 10–16%.

- Mass-production is simple and economical to manufacture than crystalline-based cells.

-  Not the most practical for most residential purposes.

CIGS solar cells display the most potential of efficiency and are flexible. They have less amounts of toxic material cadmium thats in CdTe solar cells. The efficiency rates are about 10-12 %.

String Ribbon solar panels are made from polycrystalline silicon. Temperature-resistant wires are pulled through molten silicon, which results in very thin silicon ribbons. Solar panels made this appear similar to traditional polycrystalline panels.

-  Efficiency is at best on par with the low-end polycrystalline solar panels at around 13-14%.

- Have lowest space-efficiency of any of the main types of crystalline-based solar panels.

The first solar panels consisted of polycrystalline silicon, known as polysilicon (p-Si) and multi-crystalline silicon (mc-Si). Raw silicon is melted and poured into a square mold. It’s then  cooled and cut into square wafers.

-  The process is simpler and cost less.

- The efficiency is generally 13-16% due to lower silicon purity.

- More aesthetically pleasing since they have a more uniform look.