What Type of Homes are Suitable for Residential Solar Panels

What homes are suitable for residential solar panels?

It used to be that only single-family homes could benefit from solar power.

Thanks to innovation and advancements, we can now expand it to anyone who owns a home or condo with their own rooftop.

Generally speaking, solar panels can only be installed on single-family homes. Because we are in the northern hemisphere, solar panels produce the most power when they are installed on a tilted, south facing roof, that is unshaded. That doesn’t mean they won’t work when set up another way.

Now if there is sun available, solar panels can catch it and create energy. 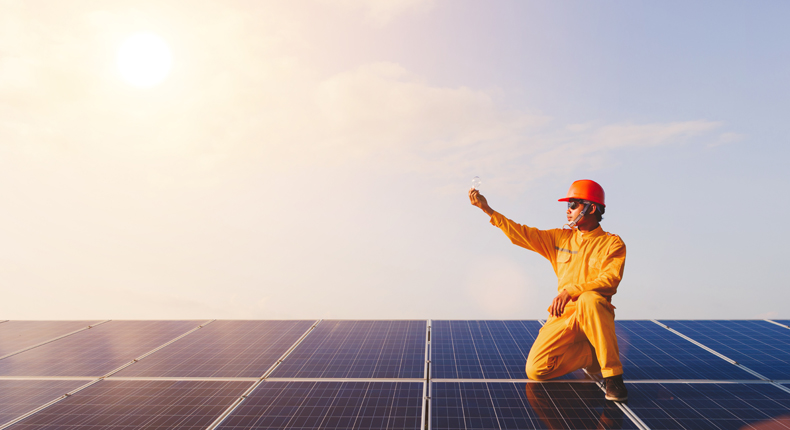 Not every home has a tree-free southern facing roof. Solar is still quite effective if installed on roofs that face east, west, north, and south. There is a reduction in efficiency and output, but with adjustments from your local HahaSmart certified installer, you can still achieve solar independence.

Often where there is not a south-facing roof, a house will have both east and west facing roof spaces. In this instance, the preference is usually for the one that is orientated closest to the south but with the introduction of time of use billing and late afternoon peak periods more people are now opting for the west to capture more power generation in the later afternoon.

Can I still purchase solar panels for my home if my roof is partly shaded?

Shade will affect the number of kWh (kilowatt hours) of electricity that home solar panel systems would produce, but modern solar installers can work around these issues and find the setup.
Prior to 2011, it was the case that a small amount of shading would make solar panels not viable for a home. The reason for this is that solar panels were connected electrically in a series (often known as a string), almost like Christmas lights are all connected together with one wire.

In this configuration, the Amperage that can come from each panel is only as much as the amps that flow through the panel with the lowest amount of current. It’s like the sports adage, you are only as good as your weakest link. If one panel is shaded it would lower the output of all the panels in the string.

The inverters that were used in this instance are known as string inverters (click the following link for an explanation of the difference between string and micro-inverters).

However, since 2011 micro-inverters and panel level optimizers have become quite common  https://hahasmart.com/installer and have taken a significant portion of the market share ways from string-inverters.

Microinverters optimize the power at each panel level by varying current (I) and voltage (V) to maximize power output and then converting it to AC power at the panel. What this means is that a reduction in Amps in one panel caused by shade no longer affects the other panels that are not in shade.

Microinverters are slightly more expensive than regular string-inverters but can improve the results from a site with intermittent shade quite significantly. Shading is one of those things that really requires an expert to determine how much it will affect the viability of solar panels in your home.

Residential rental agreements are usually short-term in nature and because solar is a long-term project it is usually not possible for those renting to install it on the premises they rent.

However, legislators in some states have stepped in to provide a mechanism such that renters can get the same benefit from solar as a homeowner by installing solar panels in a community solar project.

Community solar works by buying a small portion of the output of a large solar farm. These solar farms are usually 1-5 MW, or (1,000 to 5,000 kW ). You can buy a normal sized residential system from this community solar farm, say 5 kW and then you are credited with this percentage of the power generated at the community solar project.

There are active community solar projects being sold in California, New York and Vermont, Colorado, Massachusetts, and Texas. However, for most people that do own a house, a townhome, or a condo with a suitable roof, would rather install solar panels on their own roof.

Most homes have enough roof space for solar panels

Most homes have enough sun and roof space available for solar power, and local installers can work around shading issues, as well as issues about which way your solar panels are facing. Modern solar panel systems are designed with these variables in mind.

Here at HahaSmart, we help homeowners save not only by selling high-quality solar products at the lowest possible price but by also connecting homeowners to HahaSmart Verified Local Installers across the U.S. who will help you install your panel quickly, professionally and at a great cost.

To learn more about how you can participate in the solar power revolution, compare quotes now by designing your home using our Design DIY Tool.