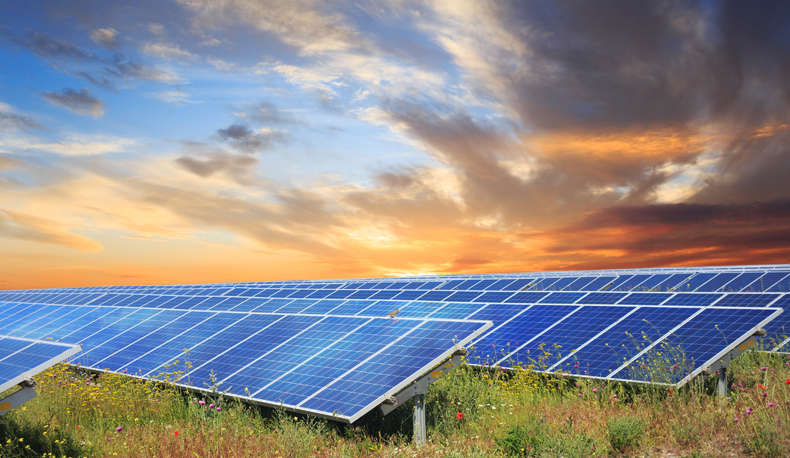 California is on a solar winning streak

California keeps breaking records in solar power and renewable energy this year, and we are only five months into the year.

The CAISO released the news in a series of tweets a few days after the record-breaking day. At 1:25 pm on that fateful Thursday, The ISO set a record for instantaneous maximum demand that was met by renewables. The record set was 72.7 percent of the state’s power needs was met by renewable energy, breaking the two-month-old record of 70.5 percent. The great thing about that record is 63.8 percent of the renewable power generated was done so by solar and wind, and that was also a new record.

Then 15 minutes later, the state set another record for solar power generated

At 1:40 pm local time the state generated a whopping 10,539MW from solar, blowing through another major record. Actually, that record ended a string of records including the first time the state generated more than 10,500 MW using solar panels. Like we mentioned before, this record does not count all of the solar generated. California also has an estimated 6.6 GW of solar installed on homes throughout the state, as of the end of January 2018, This data is not reflected in California ISO output data. Since it is all located in homes behind the meter, the meter can only read the extra electricity as it transfers onto the grid. Although you cannot see all the solar electricity generated, you are able to notice that the state is using less oil, gas, and nuclear power because of those solar panels generate so much electricity.

According to the statistics kept by GoSolarCalifornia there are 797,597 residential solar panel projects completed in California, and together they generate 6,569 MW of electricity that is located behind-the-meter.

As California uses record levels of wind and solar, it is improving its ability to manage these levels by burning less gas and importing less power during peak renewable energy output. On April 28, California ISO reduced imports to only 242 MW from 1 to 2 PM, the hour of greatest wind and solar output.

Likewise, gas usage was reduced to 804 MW during this hour and ramped again to 4.8 GW from 8 to 9 PM. That time of that day is when usage peaks in the state, and it is also the time when solar panels go dormant for the night, and people get their power from the grid.

California will continue to break records using solar power and renewable energy, but the hidden statistic as more and more people install residential solar, is the states overall need for imported energy, and the states use of gas-powered and nuclear plants

If we account for over 6.5 gigawatts of customer solar, that means electric demand is really higher during the day but is being partly met by the customers’ own solar panels. They sit there and generate power all day like a workhorse. This shift is only going to allow California to continue to break solar power records. That last record is more like 17 gigawatts and not 10.5 gigawatts.

As residential and commercial solar continues to grow, CAISO’s total load line will continue to fall in the midday hours, pushing down the “net load” line as well. As California sets a new solar record, remember that there is more happening than meets the eye. All those homes with solar panels on their roofs help more than you will know.

To learn more about how you can participate in the solar power revolution, you can visit HahaSmart, and try out our DIY tool. You can see how solar panels look on your roof, and you can design a solar panel system that allows you to participate in net-metering. We can even recommend certified installers who can save you money.